In a recent interview, the President said there is no law prescribing that the release of the names of donors is necessary and he is not inclined to do so. President David Granger has rejected a call from local corruption monitoring body – Transparency Institute Guyana – for him to release the names of donors, both pre and post elections.

Transparency Institute Guyana had made the call following recent revelations regarding the appointment of advisors, particularly that of Brian Tiwarie by State Minister Joseph Harmon.

In justifying his move to issue an Instrument of Appointment to Mr. Tiwarie, Minister Harmon was quoted as saying that “we have issued several instruments like these to persons both from the APNU and the AFC side and you would notice that I have signed it for many persons who have helped us in the campaign and those who have the capacity to help us further.”

TIGI believes Harmon has confirmed that the government has been using its position to employ and reward, out-of-state resources, its supporters and donors and said too that the conduct of Mr. Harmon and by extension, the Government, constitutes corruption.

The appointment was revoked by the President before the Transparency concerns were made.

In a recent interview, the President said there is no law prescribing that the release of the names of donors is necessary and he is not inclined to do so. 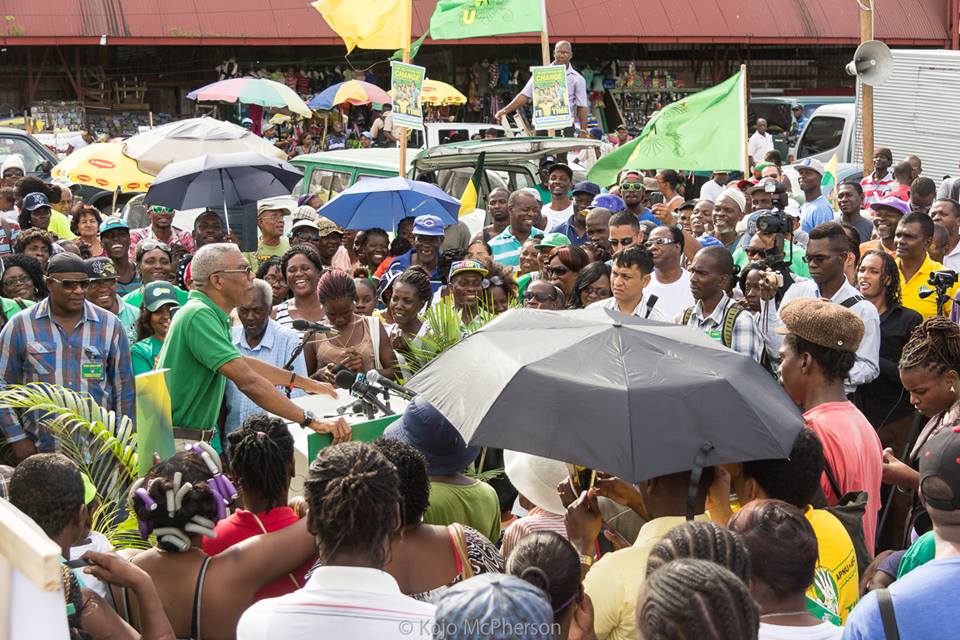 Then Candidate Granger during a Campaign Meeting in 2015

He said he expects that by the next general elections in 2020,  regulations will be formulated to govern such a process of disclosure by political parties.

Mr. Granger also believes that TIGI’s claim of corruption is unfair to the government.

He believes that the corruption watchdog should have approached the government first before going to the media with its concerns and accusations.

The President said he is not prepared to address the issue following their resort to media.

He said action has been taken and pointed to the rescinding of the appointment.

Of equal concern to TIGI in the report, and which went unchallenged by Mr. Harmon, that he” improperly and unlawfully” called a halt on seizure of vehicles from the Chinese logging company, BaiShanLin pursuant to an investigation by the Guyana Revenue Authority into the tax affairs of the company.

Over the past several years, BaiShanLin has been faced with allegations of corruption and TIGI believes recent forensic audits have confirmed that the Company has received substantial privileges and apparent immunities without honouring its obligations.

Harmon on Wednesday dodged questions from the media on the two issues and promise to issue a statement soon.  The Guyana Revenue Authority has since seized the vehicles belonging to BaiShanLin, for which taxes are still owed.