The United States in its latest International Report on Human Trafficking has lashed out at the Government of Guyana for not doing enough to tackle the problem. The report states that the Guyana government “failed to demonstrate evidence of increasing efforts to hold trafficking offenders accountable with jail time over the previous reporting period”

In the 2013 report which was released by U.S Secretary of State John Kerry, Guyana has been placed on a Tier 2 watch list as a source and destination country for men, women, and children subjected to sex trafficking and forced labour.

According to the U.S Department of State, while there have been some efforts to protect victims, the lack of punishment for trafficking offenders creates an enabling environment for continued human trafficking. It found that the government did not provide evidence that it followed through with prosecution for high-profile suspected child trafficking cases which were reported in the media. 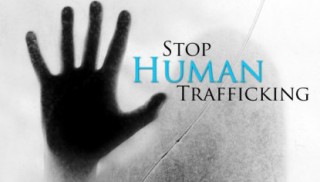 The Government of Guyana has been consistently criticised by the United States for failing to effectively address the issue of trafficking in persons in Guyana.

The latest U.S report focused on the mining sector in Guyana. It states that “traffickers are attracted to Guyana’s interior mining communities where there is limited government control”, adding that “in addition, a lack of economic opportunities in more populated coastal regions of the country draws individuals, some under-age, to seek employment in the interior, where they sometimes fall victim to trafficking”.

The report highlighted the case of a young boy who was murdered while working in a mining pit. It said Guyanese from rural, economically depressed communities are particularly vulnerable to trafficking in mining areas and urban centres.

And the report also highlighted a troubling case of Indonesian workers who were subjected to forced labour being found on several Guyanese registered fishing boats off of the coast of Trinidad and Tobago.

“There is additional concern that Venezuelan and Brazilian women in prostitution are vulnerable to trafficking in Guyana. Guyanese nationals have been subjected to human trafficking in other countries in the Caribbean region. The Government of Guyana does not fully comply with the minimum standards for the elimination of trafficking”, the report on Guyana stated.

The United States has recommended that Guyana needs to boost efforts to hold trafficking offenders accountable by vigorously and appropriately investigating and prosecuting forced prostitution and forced labour and in partnership with Non Governmental Organisations, develop standard operating procedures to guide and encourage front-line officials. 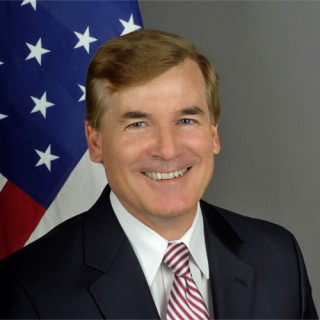 United States Ambassador to Guyana D. Brent Hardt in an opinion piece on the report said “Guyana and the United States have in recent years developed a more active and productive dialogue on Trafficking in Persons aimed at strengthening Guyana’s ability to identify and protect victims, prosecute offenders, and prevent future cases of TIP”.

The Ambassador said the U.S hosted and supported several initiatives to raise awareness on trafficking in persons. He added that the United States welcomes “the commitment of the government and people of Guyana to work in partnership to address this global threat to the dignity of children, women and men”.

The U.S Secretary of State on Tuesday also named Guyanese Simona Broomes as a Hero in the fight against trafficking in persons. Broomes is the President of the Women Miners Association and has used that organisation to tackle the problem in the mining communities. During one of her outreaches, her group rescued a number of teenage girls who were being used as sex slaves at an interior mining camp.