On Wednesday, during an event in Anna Regina to commemorate Child Protection and Children's Rights, the Director of the Child Care and Protection Agency, Ann Greene, admitted that more needs to be done to protect and safeguard the lives of Guyana's children. While Guyana observes Child Protection Week, the nation has found itself torn apart by the shocking rape and murder of a 13-year-old boy in Berbice. Two men have been charged for the crime and the incident has triggered new calls for improved efforts to protect the nation’s children.

On Wednesday, during an event in Anna Regina to commemorate Child Protection and Children’s Rights, the Director of the Child Care and Protection Agency, Ann Greene, admitted that more needs to be done to protect and safeguard the lives of Guyana’s children.

She revealed that for the first half of this year, there were 424 reported cases of child sexual abuse in Guyana. Region Four recorded the largest number of cases, while Region Two has the highest rate of child sex abuse cases.

Ms. Greene said it is believed that many more cases have gone unreported, but noted that the current statistics are simply too worrying.

She said, “one child too many, there should be no children abused. The rape of our children must stop…as sexually abused children have no place in our society.” 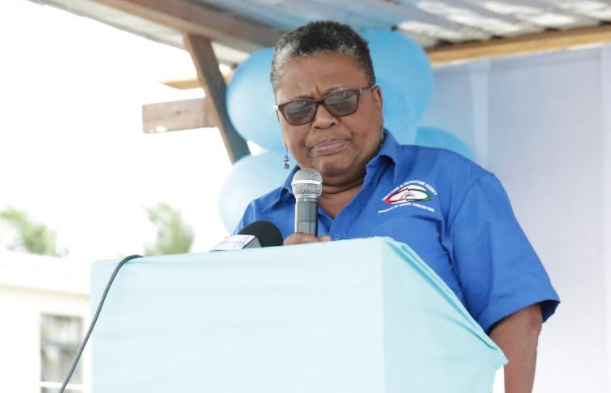 The Child Care Agency Director called on persons to report suspected cases of child abuse so that the cases could be properly investigated.

Social Protection Minister, Amna Ally, believes citizens need to be vigilant of their surroundings and to inform government officials of anything untoward they may have witnessed or heard,  to ensure the safety of the child.

“Let us (citizens) work with law enforcement agencies to prevent such occurrences by pro-actively reporting suspicious behavior. The police and the courts are empowered under the Domestic Violence Act as well as the Sexual Offences Act and the Children Act to arrest, prosecute and convict perpetrators of women and children”, the Minister said.

The Ministry of Social Protection has launched a national multi-media awareness campaign to assist in sensitising the populace of the plight of children who have suffered abuse and to identify the signs and symptoms in order to spur the public into protective action.

Minister Ally said her ministry is also, “working to strengthen the capacity of parents in their protective role,” adding that there is a special parenting programme currently being conducted at the community level and persons can contact their district offices to participate within their respective communities.