The week-long event opened on Sunday evening with an Island/Country booth display competition which has traditionally been dominated by Jamaica, Barbados and Trinidad and Tobago. Guyana’s rich culture was showcased to the people of Jamaica last Sunday at the University of the West Indies (UWI), Mona during a culture fest organized by one of the halls of residence.

This marked the first time Guyana that Guyana participated in the event called “Culturama” through the Guyanese Student Association in Jamaica (GUYSAJ).

The event was held under the theme: “Krossroads of Culture”.

The week-long event opened on Sunday evening with an Island/Country booth display competition which has traditionally been dominated by Jamaica, Barbados and Trinidad and Tobago.

GUYSAJ’s interpretation and reflection of the theme proved superior on the night.

While the other groups showcased the transition of their country’s culture from historic to a colonial and now independent, the Guyana student group offered a different interpretation.

The group boasted of the heterogeneous and diverse nature of Guyana, defining “Krossroads of Culture” as the interception and overlapping of cultural variations brought to British Guiana by the six ethnic groups.

Cultural elements such as religious holidays, food, clothing, music and myths were used to illustrate how cultural expressions, which may be unique to a specific ethnic group, are now celebrated by all Guyanese.

To complement this interpretation and provide a visual representation, the Guyana booth had on display locally made products including chowmein, casareep; cassava bread, rice, sugar, curry powder and leather craft, and clothing. 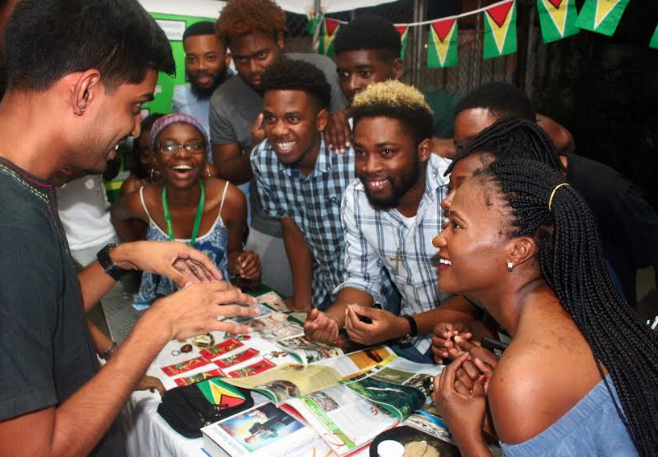 The booth attracted a considerable amount of patrons who were fascinated by what the country has to offer in the area of eco-tourism. Many shared the view that Guyana’s culture has traditionally been dormant and it is for that reason the country is often overlooked within the region.

Games were also played and souvenirs were distributed to patrons – many of whom predicted that the Guyana booth would have won because it of how “lit” it was.

Cultural and Entertainment Affairs Chairperson (CEAC) of the Association, Akil Johnson shared how elated he felt to have been part of a winning team.

The first year law student expressed how challenging it was to organize for the event, but noted too that it was the love for Guyana which pushed the members to give of their best.

Meanwhile, President of the Association, Ravin Singh explained how significant it was for the group to win in its first appearance given that Guyana has a record of being unknown at the institution.

“Guyana is unknown at almost every level at the UWI, Mona. I say this because even at the institution’s general orientation at the start of the academic year, the Golden Arrowhead is the only Caribbean flag you will not see… and that is reoccurring throughout the year,” he shared.

Guyana is not a contributing member to the UWI budget and therefore its students pay international students’ fee. This has severely limited the amount of Guyanese students pursuing studies at the regional institution.

Singh added that because of this, the association is also being used as a vehicle to educate other regional students about Guyana and what it offers the world. 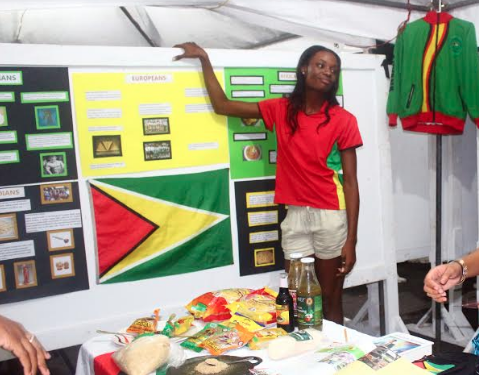 GUYSAJ was established in February of this year to provide a space for Guyanese students at the UWI Mona to connect and support each other in their academic endeavours.

One of the underlying aims of the association is to engage the Government of Guyana at some point in the future with the hope of having them commit to contributing to UWI’s budget.