The hospital is equipped with close to 30 doctors, who complained of working under very unsuitable conditions, dwelling in a very cramped room, while on call, with no bathroom facility, television or microwave. The Minister of Health, Dr. George Norton has expressed worry and disappointment over the state of the Suddie Hospital and the work conditions being faced by doctors and nurses at the health institution.

During a recent visit to the hospital, Dr. Norton also learnt of the non-availability of key medical equipment.

In addition to that problem, the operating theatre which was constructed over five years ago, is not functioning, due to the shabby work done by the contractor. According to the Government Information Agency, the tiled walls are hollow and electrical works were badly done.

The theatre of this hospital can best be described as “scandalous” Minister Norton said. “…it is a disgrace to see what persons might have approved and written off as work they were paid so much to do…the walls are literally hollow, even though it is tiled, and my impression is that you’ve got to break everything down. I am one of the persons who said we are not here to break and build over, but I think in this case, if we want the best for the citizens of the Region, then we have got to do better, we got to break down this theatre,and build a new one.” 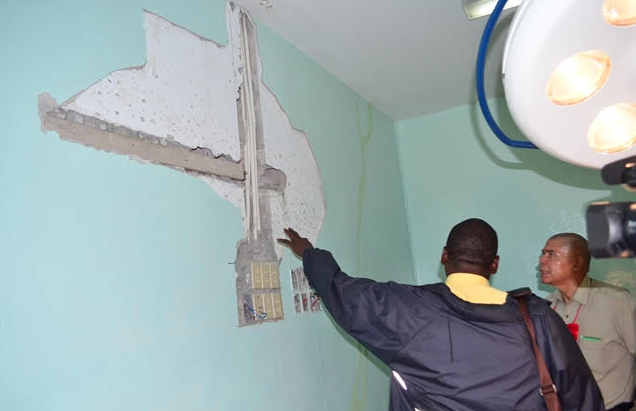 This, he said. will be discussed at the level of the Ministry of Health, and insisted that there will be aninvestigation as to who signed off on the contract.

Minister Norton said that the Suddie Hospital should be on par with the Linden, West Demerara and the New Amsterdam Hospitals, and “there is no justification for the condition Suddie is in at the moment.”

Several parts of the hospital’s roof are also leaking, and there are also  issues of inadequate water supply and electrical supply, posing danger to the staff. The Minister also spoke of equipment not being properly maintained.

“The mere fact that you can have those wards of your Paediatric Department soaked with a stream, actually running across the floor, tells you that we need a major overhaul in this entire hospital…I am not at all pleased with the hospital. A  major step was taken to rebuild the Linden Hospital, and as such, steps must now follow,” Minister Norton pointed out.

The maintenance of medical equipment is not only contained to Suddie. “We have got to do better at what we are doing across the country in terms of  maintaining and servicing of medical equipment.”  There are also cases of equipment being bought that are unsuitable. The hospital has a portable x-ray machine that was brought and cannot function because it is not suitable.

There is also the case of non-availability of important medical equipment, no ventilators, insufficientnumber of monitors and reagents.  “We have got to get those things in place if we are serious about improving the medical services that we are giving to the population.”

The hospital is equipped with close to 30 doctors, who complained of working under very unsuitable conditions, dwelling in a very cramped room, while on call, with no bathroom facility, television or microwave. The Administrator explained that a house was made available to them a month ago; however, the doctors are claiming that no one informed them of that arrangement.

Dr Norton said that the Government will do what is necessary to better the situation; however, the local officers and the Hospital Administration have to do their part to improve the working conditions of heath care providers. 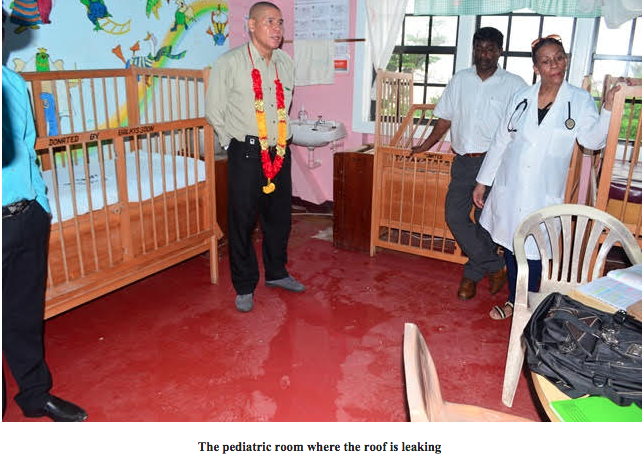 “While I agree that salary scale has to be revisited, especially in terms of remuneration, nurses graduating from different courses and receiving the same salaries, we have to look into that, and all in all give the health workers job satisfaction. If we do not give the nurses, doctors, technicians and cleaners job satisfaction, we will continue to see the same work ethics being displayed, where technicians who are on 24 hour call duty are questioning the nurses as to why they should come out to work,” Minister Norton explained.

He said that the system needs to be monitored more stringently, and his approach would be to deal closely with all Hospital Administrators.  Regional Health Officers, he said, should play a more integral part in the whole system.