Opposition Leader Bharrat Jagdeo lashed out at Minister of Finance Winston Jordan over the $221 Billion 2015 budget which is the first of the three-month old, APNU+AFC coalition government.

Jagdeo spent much of his time during revisiting the pre 1992 period and the budgets presented by then Minister of Finance Carl Greenidge under the PNC government. He said the PPP inherited bankrupt economy in 1992 but left a strong and vibrant economy when it was booted out of office three months ago.

He said under the PNC, there were no proper systems in place for investment and privatization and it was his party that made changes to those systems when it took office in 1992.

On the current budget, Mr. Jagdeo turned his attention to Finance Minister Winston Jordan and told him that he expected a better budget especially since Jordan worked for the budget office for over a decade under the PPP.

“He said about a good life and I was wondering where this good life come from and then I look at the PPP manifesto and on page six, we have creating a good life for people. You even had to plagiarize this”, Jagde said. 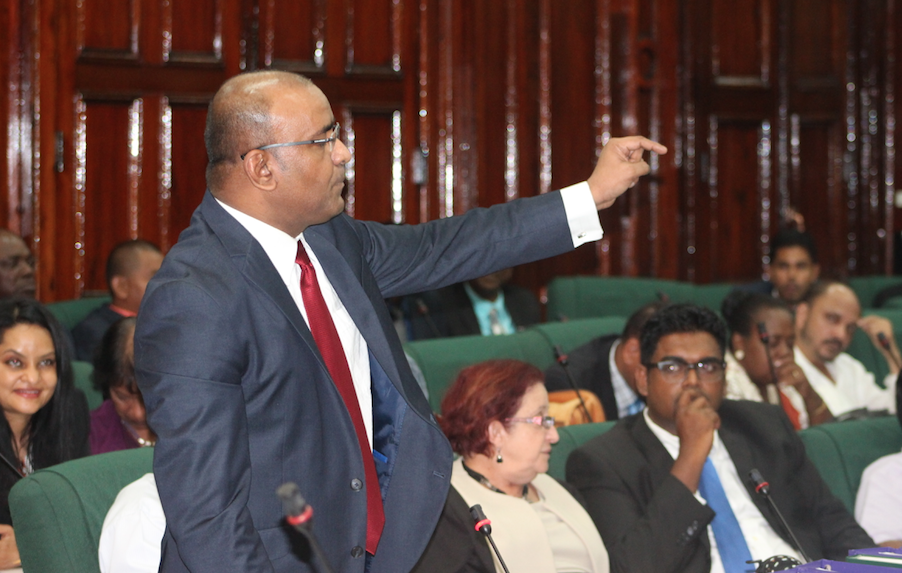 The opposition while criticizing the budget also said it contained many plans of the former PPP Civic government. He said while the Finance Minister talks about a green economy in the budget, none of the government speakers bothered to point out how that green economy will become a reality.

Jagdeo lambasted the government over its moves to halt the multi billion dollar Amalia falls hydro power project, which was started under the PPP but encountered several problems.

Mr. Jagdeo repeated several talking points of the PPP about firing of state workers including the amerindian community support officers whose employment ended under the PPP government just before the elections. He said the new government has not stuck to its campaign promises and he intends to ensure they stick to their campaign promises.

Government members of the House heckled Jagdeo throughout his speech as he sought to speak on a division in the coalition, saying that the two parties cannot be faithful to each other. He called for a “serious attempt to address the crime situation” in the country as he offered sympathy to the relatives of the over 90 persons who were murdered this year.

Jagdeo said the coalition boasted of having answers during the campaign but now that it is in government, it does not appear to be able to arrest the situation.

“They had all the security experts saying that they will do better than the PPP and that they were just waiting to implement it”, the Opposition Leader said. 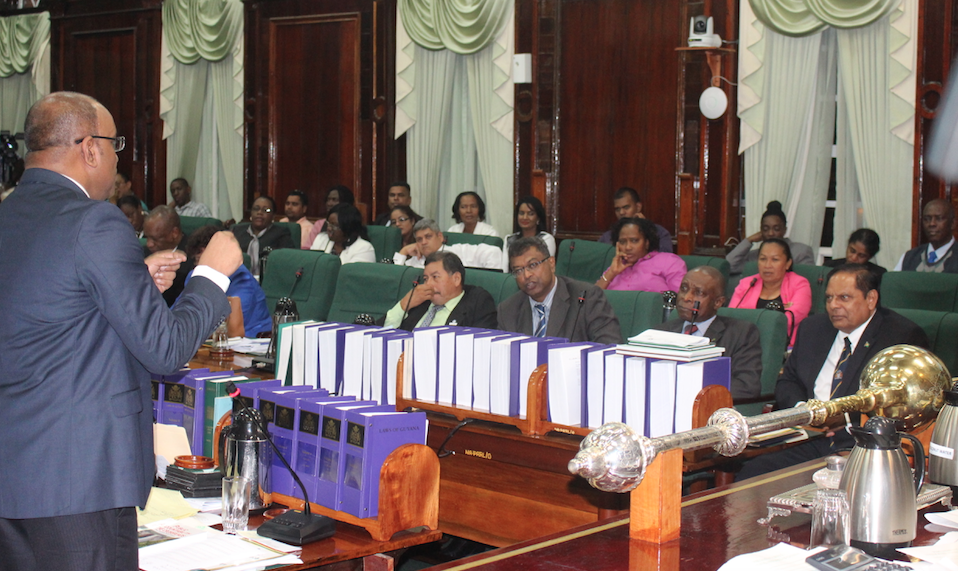 He said “it is no time to play politics and no time to show incompetence while the people are bleeding”. According to Jagdeo “the cats and dogs and horses approach will not work”.

The Opposition Leader wrapped up his presentation by packing his bag and leading a walkout of his party saying as far as they are concerned, the budget debates ended with his speech.

Prime Minister Moses Nagamootoo was the last to contribute to the budget debate before the Finance Minister wrapped up the motion.