Following the meeting between the Union and the Government two weeks ago, GAWU's President, Komal Chand, showered praise on the Government for meeting with the Union and indicating how the two will work together to deal with the issues facing the sugar industry and the future of the worker. Opposition Leader Bharrat Jagdeo is not too pleased with some of the statements that were made by the President of the Guyana Agriculture and General Workers Union following a meeting between the Union and the Government.

GAWU represents the largest number of sugar workers, including the thousands who were recently laid off as GuySuCo started to close down estates.

Following the meeting between the Union and the Government two weeks ago, GAWU’s President, Komal Chand, showered praise on the Government for meeting with the Union and indicating how the two will work together to deal with the issues facing the sugar industry and the future of the worker.

“We are certainly pleased with this meeting. This is the first meeting [for the year] we have been able to have with the Government and we believe that the meeting took place in a positive atmosphere and we recognise that the Government itself pays attention and I think that it is a good beginning”, Chand said after the meeting.

But at a Saturday press conference at the Opposition Leader’s office, an unimpressed Opposition Leader, Bharrat Jagdeo told reporters that while he believes it is the business of the workers and the union as to who heads the union, he has personal issues with the statements from Chand, who is also an Opposition Member of Parliament.

Jagdeo questioned, “How can you find them genuine when they have just sent home 7000 of your members. But this didn’t come from GAWU. I believe GAWU as a union has been fighting for a very long time. I have issues, personal issues with these sort of statements, because it means that all that has gone before, how many times have we tried to engage this government or tried to ask for studies to be done, GAWU itself put forward a proposal, they ignored the proposal, they ignored their own COI, ignored the recommendations of the consultations we had, ignored our request for it to  be debated at the economic services committee, sent home the people callously in  the middle of Christmas and not paying them their severance and you find them still a good partner to talk with?” 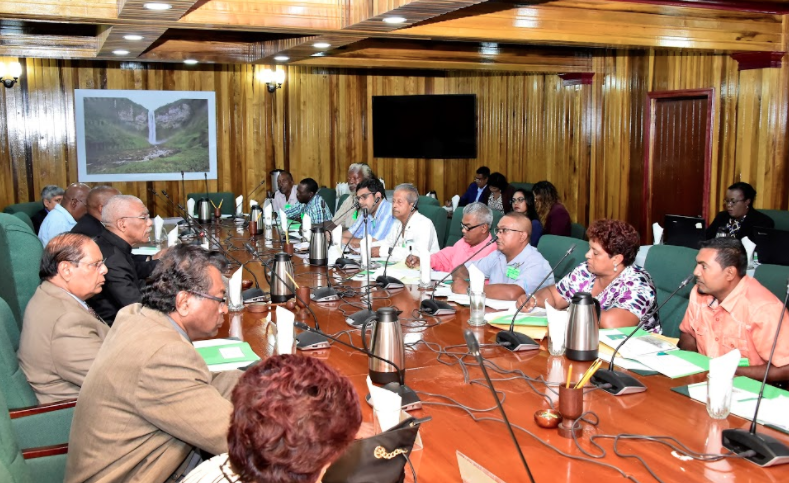 The Opposition Leader who is also the General Secretary of the PPP, which enjoys support from the sugar production areas, fumed that the meeting between the Government and GAWU was just a PR stunt. He said the PPP will not find itself meeting with the President on the issue to satisfy his PR needs.

“This is what happened here. The unions came away with nothing and the government came out with a wonderful statement”, Jagdeo said.

He said while he has issues with the statement from the GAWU President, the PPP has very strong ties with the union and he believes the Union has many smart young people, who he believes, will have a bright future “in building that union and keeping it relevant”.

Just days after the meeting and Mr. Chand’s statements, the Guyana Times, which is owned by Jagdeo’s best friend, carried a front page story that was seen by the union as an attack on Chand.

The article quoted unnamed sugar workers as calling for the Union President to leave office.