The conference was initiated by Acting Chancellor of the Judiciary, Yonette Cummings-Edwards in collaboration with Acting Chief Justice, Roxanne George-Wiltshire and welcomed by the government. Laws surrounding the Oil and Gas sector are taking center-stage over the next two days at a training and development conference organized for members of the Judicial Bench and the Bar Association.

With these seminars taking place across sectors, members of the legal profession believe capacity building within the legal fraternity is needed as Guyana prepares for oil production starting 2020.

The conference was initiated by Acting Chancellor of the Judiciary, Yonette Cummings-Edwards in collaboration with Acting Chief Justice, Roxanne George-Wiltshire and welcomed by the government.

The feature address at the opening of the two-day conference came from Natural Resources Minister Raphael Trotman who repeatedly urged and welcomed discussions on the existing Petroleum Sharing Agreement between the government and ExxonMobil and the possibilities for future PSAs.

Trotman believes the conference must also seek to address the circumstances surrounding Venezuela’s claim to Guyana’s Essequibo Region and parts of its economic zone where major oil discoveries have been made. 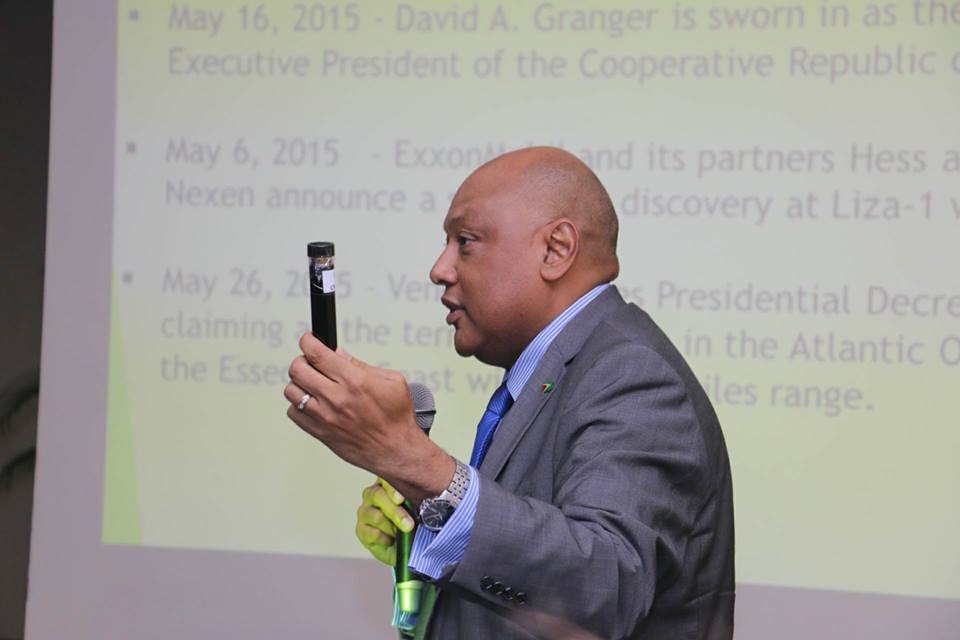 Trotman told the gathering of Judges, Magistrates and Lawyers that the government welcomes criticism of its management of the natural resource and this new industry, although sometimes stinging, he said it seems necessary at times.

Using a PowerPoint presentation, the Minister said Guyana’s push to early production was strategic, allowing the government to assert its sovereignty and lay the ground work for defense when the border controversy case comes up at the World Court.

He said early production will allow for protection of the resource, as such Trotman sidelined concerns over the revised PSA with Exxon and defended the acceptance of the US$18 million signing bonus.

The Minister explained that once Guyana begins to produce oil and it is proven to be sustainable and not under threat then the government can request higher bonuses.

Going forward, the governing is considering the possibility of constructing a national oil company and has already secured help from Mexico for the construction of a scientific institute.

Additionally, there will be offshore bases constructed with plans for the creation of a stand-alone agency to deal with all matters related to petroleum.

Chancellor Cummings-Edwards also delivered brief remarks during the opening sessions, where she recognized the dynamism of the Bar Association to take up any challenge at any time. 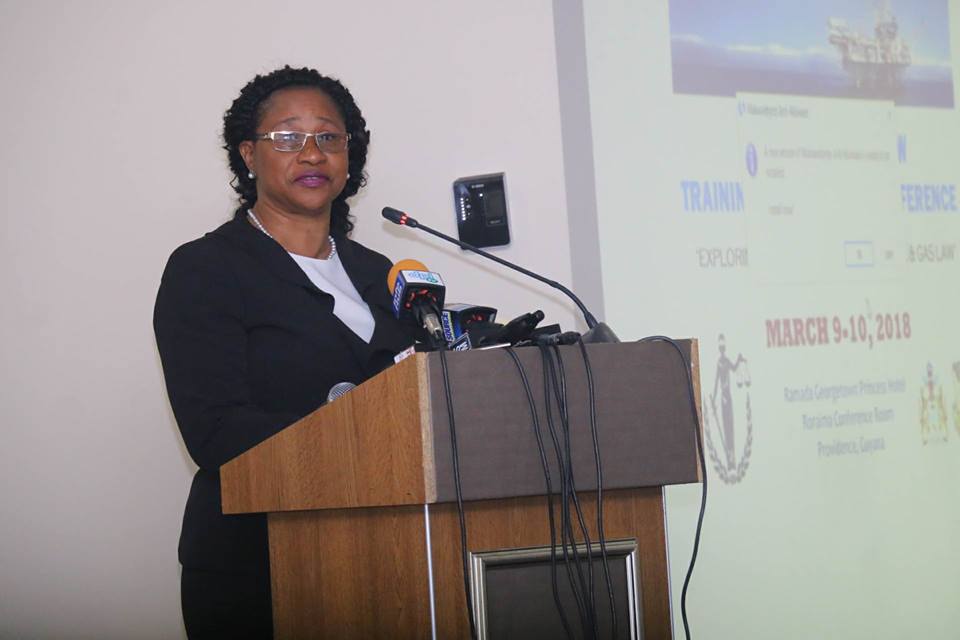 She said the conference represents a collaborative partnership between the bench and the bar, something that she was extremely proud about.

The Chancellor said the conference is a perfect opportunity for members of the legal profession to sharpen their legal skills in oil and gas through education.

Over the next two days, participants will hear from several distinguished presenters, including Deputy Dean Faculty of Law  St Augustine Alicia Elias-Roberts and other learnt legal minds from Guyana and Trinidad and Tobago.