The LGBT community in Guyana is not pushing for same-sex marriage but wants to see a reduction of instances of discrimination and marginalization of LGBT persons in the country. As political leaders continue with their nationwide campaign in the lead up to the May 11 polls, members of the local Lesbian, Gay, Bisexual and Transgender – LGBT – community are calling attention to the important issues that affect them.

The LGBT community does not only want assurances that their issues will be addressed when the new government is elected on May 11, but wants to see an end to the “lip service that has surrounded their issues and tangible efforts made to engineer change.”

In an interview with News Source, Joel Simpson who is the Managing Director of the Society Against Sexual Orientation Discrimination (SASOD), released the organisation’s list of demands which prominently includes constitutional and law reform geared towards reducing instances of discrimination and providing stronger support and protection for LGBT persons

“Constitutional reform is badly needed and many people are calling for that. But we are most interested because we would like to see sexual orientation and gender identity added as grounds for discrimination in the Guyana Constitution,” Simpson said. 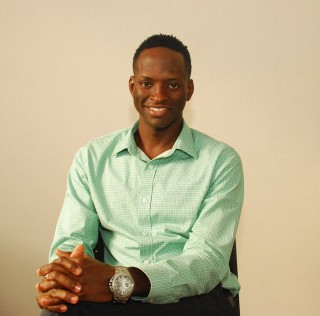 He explained to News Source that laws that criminalize same-sex intimacy and cross-dressing must also be repealed.

Simpson said SASOD will not be holding politicians to ransom on these issues, but he is eager to see how political parties will address them both in their manifestos and along the campaign trail.

“I think constitutional and law reform would be the priority because these are the things that governments are elected to do and the things that will have long term and positive impact”.

The Rights Activist explained that education is also important to LGBT children and youth. He believes the delivery of comprehensive sexuality education in schools will go a long way in equipping young people with the knowledge they need to make informed decisions about their sexuality and that of others.

Simpson believes too this will reduce homophobic and transphobic bullying in schools and called for the setting up of mechanisms for victims of bullying to seek redress.

SASOD has been representing the LGBT community in Guyana for over 11 years and is calling on political leaders to ensure there are more entrepreneurial and skills training programmes for young people, accompanied by low and interest free loans to start up small businesses.

Many of these issues have been raised by SASOD before with political parties, the government and other stakeholder organizations but SASOD remains altogether dissatisfied with the responses generated and efforts made to address these issues.

Simpson believes lip service has been paid to the notion of reducing discrimination and improving equally, particularly by the 23 year old PPP/C administration and he insists that the state has encouraged discrimination by retaining colonial-era laws and policies that are blatantly discriminatory.

“We have policies at the national blood transfusion service which bars men who have sex with men, women who gave sex with women from giving blood if they have had same-sex relations which are clearly discriminatory,” he argued.

Already SASOD has engaged the ruling party and the opposition coalition and plans to continue their engagement with them along with other stakeholders including the private sector and religious institutions.

SASOD is sounding the warning that the organisation is involved in election and media monitoring and paying close attention to homophobia and transphobia on the campaign trail.

Simpson said if persons are found using popular prejudices on the campaign trail for cheap political mileage it will be fed to the communities who support them. He said ultimately, individuals should be presented issues which will put them in a better position to make informed decisions of how to vote on May 11.

The organization made it clear that it stands ready to condemn prejudice during and after the campaigns and elections. Simpson said the LGBT community is not pushing for same-sex marriage but wants to see a reduction of instances of discrimination and marginalization of LGBT persons in Guyana.