In a statement issued through the Ministry of the Presidenty, Attorney General Williams explained that the Conservatory Order was refused after it was pointed out, during yesterday’s hearing, that the declarations requested, no basis. Further to that, the Attorney General informed the Chief Justice that the lease was already cancelled and Government has taken possession of The Red House. Attorney General Basil Williams has clarified that the Chief Justice did not grant any conservatory order or injunction blocking the government from moving forward with its move to evict the privately owned Cheddi Jagan Research Centre from the state-owned Red House.

In a statement issued through the Ministry of the Presidenty, Attorney General Williams explained that the Conservatory Order was refused after it was pointed out, during yesterday’s hearing, that the declarations requested, no basis. Further to that, the Attorney General informed the Chief Justice that the lease was already cancelled and Government has taken possession of The Red House.

“He [Nandlall] was there. He was there in association with Ms. [Priya] Manickchand and clearly they heard that the submissions of the Attorney General, that if the court were to act they would be acting in vain because one – the lease had already been cancelled [and] two – possession had already been taken of Red House. And the learned Chief Justice sought and got from me an undertaking that the contents of Red House; that is the materials related to Dr. Jagan and any research documents would not be thrown out. I don’t know how you associate documents being thrown out when President Granger is in charge; a historian, a man who is, actually right now trying to secure various artefacts on Guyana; national monuments, heritage sites and also the documents and materials relating to all eight previous Presidents,” Williams said.

As a result, the Conservatory Order requested by Mr. Hydar Ally, representing the Management Committee of the Cheddi Jagan Research Centre Incorporated was refused.

The Attorney General said the Opposition has been peddling misinformation on the issue and has been giving the impression that the order was granted.

“What they would actually be suggesting that Justice Cummings colluded with them and gave them that information or that Nandlall was totally oblivious of the fact that it’s a Chief Justice decision he’s referring to and he also had supporters of the PPP outside of The Red House say they were protesting and they were doing so in the erroneous belief that they had gotten the Conservatory Order and he actually endangered and created a dangerous situation, out there last night.  So the fact of the matter is the learned Chief Justice refused the application for a Conservatory Order, accepted an undertaking that nothing would be done to the documents and research materials related to Dr. Cheddi Jagan until the hearing and determination of this action, which in fact is fixed for February 20, 2017 and she gave me leave to file an answer in 21 days and he got leave to file a reply in 14 days,” Williams added. 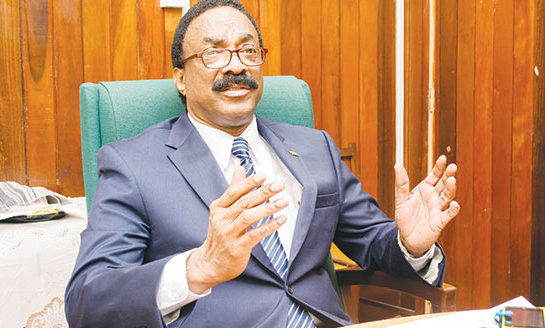 He also chided a number of newspapers for carrying the misleading report without first confirming with the Court.

And the Government further refutes the allegations, which were made by Opposition Leader, Mr. Bharrat Jagdeo, who alleged that ranks from the Guyana Defence Force (GDF) were sent by the People’s National Congress to remove staffers of the CJRC form the Red House. Mr. Jagdeo, in a Facebook post, alleged that “the PNC [Peoples National Congress] sent Army Ranks to remove the people working in Red House.”

Chief of Staff of the Guyana Defence Force (GDF), Brigadier George Lewis, in an invited comment, refuted this claim and noted that it is disappointing that the Opposition Leader would drag the ranks and officers of the Force into this matter.

“The Guyana Defence Force was not a part of that operation… I spoke to all of my Commanders. None of my ranks were there or a part of that,” Brigadier Lewis said.