No decision made on continuation of $10,000 education cash grant – Education Minister

Last week reports surfaced that a decision was made to not have the grant continue. But the Education Minister during a telephone interview with News Source on Saturday explained that because the grant was budget measure, it is just not the Ministry of Education that would be dealing with it. Minister of Education Dr. Rupert Roopnarine has indicated that the Government has not made any decision as yet as to whether the $10,000 education cash grant will continue.

The grant was introduced last year as a budget measure of the former People’s Progressive Party/Civic administration.

Last week reports surfaced that a decision was made to not have the grant continue. But the Education Minister during a telephone interview with News Source on Saturday explained that because the grant was budget measure, it is just not the Ministry of Education that would be dealing with it.

He said the grant came under the Ministry of Finance’s budget measures last year and therefore the new government will have to examine whether it is in a position to have the measure continue this year.

When questioned about a report which surfaced in the Guyana Times indicating that he has said that the grant will not continue, the Education Minister said he explained in detail to the Guyana Times reporter that he is not in a position to say whether it will continue because the Government is now working on its budget and it is the Finance Ministry and the rest of the government that will have the final say on the continuation of the cash grant.

He made it clear however, that the school uniform voucher will continue as the Ministry looks to further strengthen the education system across the country.

Former Education Minister Priya Manickchand has indicated via a Facebook post that she believes the cash grant should continue because many parents were loud in praise for the assistance it afforded them. 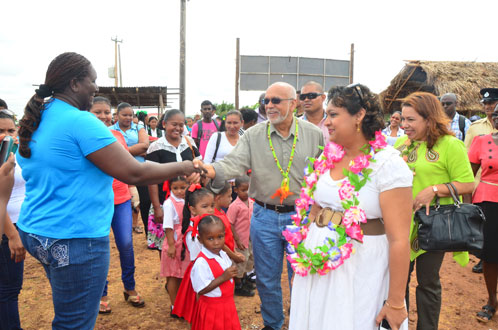 Although the cash grant was welcomed and accepted by many parents, it came under criticism for bad management and for being used as “an elections gimmick” by the former PPP government.

Parents were presented with cash vouchers of $10,000 for every child they have in the public education system. They were able to cash the vouchers at Western Union branches and there was no way of the Education Ministry knowing whether the money was actually spent on the child or for the child’s benefit.

The distribution of the grant by the former government saw its Ministers traveling across the country and giving long speeches about development under the PPP before handing out the cash grant during photo ops.

The initiative was heavily touted by the PPP in its losing bid at the May 11 elections.

Critics of the initiative have indicated that if it is to continue, a better system will have to be employed to ensure the students it is intended to benefit actually see those benefits.

The National Budget is expected to be presented by early September.