The government was recently accused of interfering in the work of SOCU while the agency’s investigations have been described as “politically motivated” by some former PPP Cabinet members who have been questioned about their acquisition of lands at Pradoville. The lands there were reportedly sold at prices below market prices to government officials and other senior officials under the PPP government. There has been no ministerial, government or political intervention in the ongoing investigations by the Special Organised Crime Unit (SOCU) into the acquisition of lands at Pradoville by high ranking officials under the PPP government.

This was according to Minister of Public Security, Khemraj Ramjattan at a recent Transparency International Institute Guyana (TIGI) fund-raising dinner.

“I want to here and now state this fact, and believe me it is not an alternative fact … there has been no Government, Ministerial or political intervention whatsoever!” the Minister told the attendees.

The government was recently accused of interfering in the work of SOCU while the agency’s investigations have been described as “politically motivated” by some former PPP Cabinet members who have been questioned about their acquisition of lands at Pradoville. The lands there were reportedly sold at prices below market prices to government officials and other senior officials under the PPP government.

SOCU has been leading investigating based on findings in audit reports compiled after forensic audits were conducted into state agencies. The audits were embarked upon by the APNU+AFC administration after they assumed office in May of 2015.

And according to Minister Ramjattan, Government, especially his Ministry, is concerned about the perception of bias and accusation of political motivation concerning those audits sent for police investigation.

He said that it is for this reason assistance was requested from the British High Commission to have an expert, Dr. Sam Sittlington come to Guyana to advise and guide SOCU as much as possible.

“Of course, the accusations from some of those fingered or called in for questioning will continue unabated, as we have seen” he added.

The Minister pointed out too that his meeting with Dr. Sittlington on Wednesday evening at Oasis was to thank the expert for the “great work” he did at SOCU. Minister Ramjattan said he will plead for the return of Dr. Sittlington who has since departed Guyana.

Meanwhile, in relation to the other audits, the Minister said that as much as the Government had commissioned them, it is the responsibility of the respective Boards to oversee the implementation of the recommendations of the auditors.

He said that many of these recommendations involved reviewing and tightening of systems and procedures, and that the boards must work with management to ensure that that is speedily done. 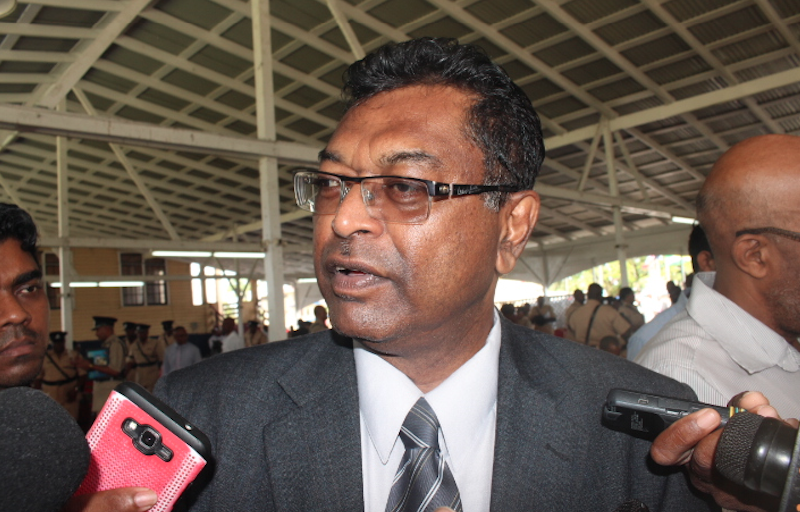 “If I may proffer an opinion, it seems that the performance thus far on that score is satisfactory. But TIGI can help in making an unbiased assessment here by comparing what were recommended as against what have been implemented” he told the attendees.

Apart from conducting forensic audits, he noted that the Government established the Bid Protest Committee last year so that aggrieved bidders could make complaints and get declarations as to the validity of their claims and allegations.

He continued that after a decade, the Public Procurement Commission was finally established with the naming of the Commissioners and the present streamlining of its operational activities. Minister Ramjattan highlighted that this major constitutional prescription has now been satisfied and an extensive scrutiny of all major contracts for services and goods can now be undertaken, with necessary remedial actions.

The Minister contended that because of these actions on the part of Government, Transparency International elevated Guyana’s points to 34 in year 2016, from 27 and 29 in years 2014 and 2015 respectively.

He boasted that it was the third highest jump in points by any country, some five points from the previous year; second only to Suriname and another country which went up by seven points.