Op-ed: US Embassy speaks out on violence against women On November 25th the world community will observe the International Day for the Elimination of Violence against Women (IDEVAW). Subsequent to the IDEVAW, the U.S. Embassy will be participating in 16 Days of Activism against Gender Violence. The 16 Days of Activism against Gender Violence offers an opportunity to renew the global commitment to free women and girls from violence, whether it happens behind closed doors or as a public tactic of intimidation.  If it occurs in our own neighborhood or on distant shores, violence against women and girls damages us all- men and women alike.

Gender-based violence cuts across ethnicity, race, class, religion, education level, and international boundaries.  An estimated one in three women worldwide has been beaten, coerced into sex, or otherwise abused in her lifetime.  Research tells us that violence committed by spouses or family members is the most common form of violence experienced by women globally.  Children are particularly vulnerable.

Almost 50 percent of all sexual assaults worldwide are against girls 15 and younger.  Around the globe annually, 150 million girls and 73 million boys are victims of forced sexual intercourse or other forms of sexual violence. Women with a disability are two to three times more likely to suffer physical or sexual abuse, as are those living in countries experiencing conflict or humanitarian crises.  Indeed, the use of sexual violence as a tool of modern warfare is an increasingly disturbing trend, meriting global attention. 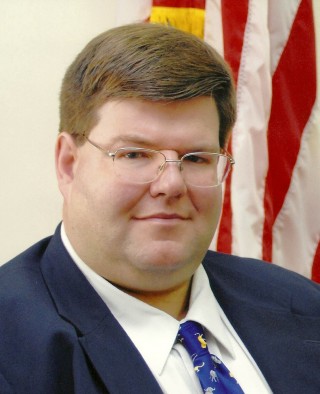 There is no doubt that globally, the scale of gender based violence is tremendous, the scope is vast, and the consequences for individuals, families, communities, and countries are devastating.  Gender-based violence undermines not only the safety, dignity, overall health status, and human rights of the millions of individuals who experience it, but also the public health, economic stability, and security of nations.

Decades of research and an overwhelming amount of evidence clearly demonstrate that women’s empowerment is critical to building stable, democratic societies; to supporting open and accountable governance; to furthering international peace and security; to growing vibrant market economies; and to addressing pressing health and education challenges.  For that reason, all of us have a collective interest in preventing and responding to gender-based violence wherever and whenever it occurs around the world.

Under the leadership of President Obama, former Secretary of State Clinton, and Secretary Kerry, the United States has expanded our diplomatic and development efforts to eliminate gender based violence and assist its victims.  In doing so, we recognize that we join with a growing global coalition of governments, civil society, private industry, and individual men and women, who are united in their conviction that more must be done on this issue.

Doing more certainly includes raising awareness, changing societal attitudes, and offering care and support for the victims of gender based violence.  It includes building more shelters, offering additional counseling to victims and their families, and assisting victims in achieving economic independence from their abusers.  International donors, civil society, and the private sector can and should unquestionably assist in this area.  However, such efforts will always be insufficient until such time as there is a clear global understanding that gender based violence is and must be treated as serious criminal activity with severe criminal penalties.

Our first response in handling instances of such violence must include the involvement of law enforcement, prosecutors and the courts to ensure that those who persist in perpetrating violence are held accountable and brought to justice.  Decades of research has shown us that if severe criminal penalties are not attached to gender based violence, such violence becomes a self-perpetuating cycle in which children learn abuse and ultimately become abusers.  Breaking this cycle is the key to ending gender based violence and can only be done by treating such behavior as the crime which it is.