Over 8,000 Guyanese “double dipping” into local old age pension. More than 300 applications made during Jubilee celebrations

The Social Protection Ministry has noticed that Guyanese who are living overseas would return once a year to uplift their pension books then leave it with some relative to access the money, as they head back home overseas. She said situations like that is exactly what the Ministry is trying to address because those who are really in need of the money and who are living in Guyana would be shortchanged. The Ministry of Social Protection has started to sanitize the old age pension register after discovering that there are over 8,000 Guyanese livi ng outside of Guyana who are benefitting from the monthly old age pension payments.

The laws governing the old age pension disqualifies persons who are not resident in Guyana from benefiting from the “gift” from the government. The old age pension currently stands at $18,200 per month. Many of those found to be residing outside of Guyana already benefit from pension packages and social services in their new homeland, but their claims represent over $145 Million monthly.

Minister of Social Protection, Volda Lawrence, during an interview on the JumpStart morning radio programme, explained that the government wants to increase the pension being offered to those senior citizens who are resident in Guyana but it must source the money to do so.

The old age pension is different from the National Insurance Scheme pension and other pensions. The Ministry of Social Protection is focused on the Old Age Pension.

The Social Protection Ministry has noticed that Guyanese who are living overseas would return once a year to uplift their pension books then leave it with some relative to access the money, as they head back home overseas.  She said situations like that is exactly what the Ministry is trying to address because those who are really in need of the money and who are living in Guyana would be shortchanged.

During the jubilee celebrations when there was an influx of overseas based Guyanese coming home for the 50th anniversary celebrations, the Ministry saw a sudden spike in applications for the old age pension. Over 300 persons attempted to file new applications to access the monthly payments.

Minister Lawrence said “people talk about building Guyana and you can’t build Guyana that way.We all have to take responsibility.  I am talking about those persons who have given up their Guyanese citizenship but you still receive letters from these people complaining that there are no pension books available for them.”

She reminded that persons need to remember that when they give up citizenship of one country and accept citizenship of another, they are giving up rights in the country of their birth.

“This is really for the less fortunate and what I have seen in the records of the Ministry is that there has been a large increase in of applicants for old age pension since the money has gone up to over $12,000. Everyone is now applying, whether they have or do not have and we have to have a conscience.”, Minister Lawrence said.

She said if there are cases of persons who may have received residency overseas but spend most of their time or a large portion of their time in Guyana, they could meet with the Ministry and be able to access their old age pension for the periods that they are in the country. 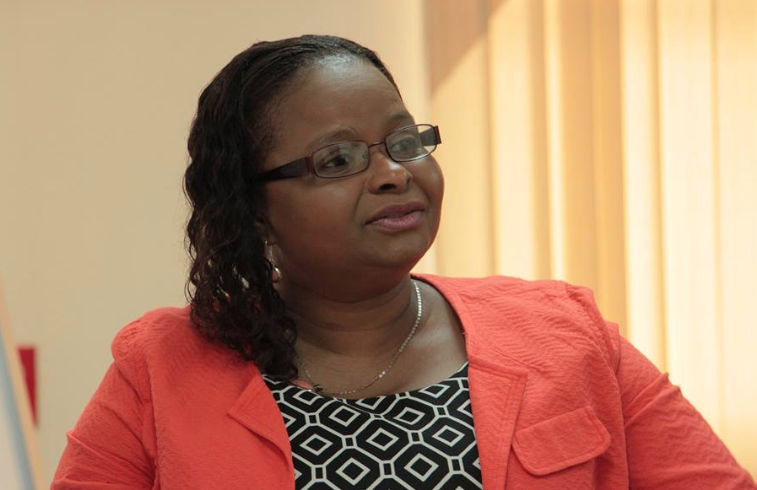 The Social Protection Ministry has also noticed cases of one person having two pension books in different parts of the country.  Some would apply for the pension using their maiden name and national identification card and then apply in another part of the country, using their passport with the married name.

The Ministry of Social Protection is enforcing the point that for persons to be eligible for the Old Age pension, they must meet the residency and other requirements.

“Old Age Pension is not an entitlement from employment, as in the case of Government Pension and National Insurance Scheme Pension, but rather Old Age Pension is a monthly payment ($18,200 at present) available to eligible Guyanese aged 65 or older”, the Ministry said in a statement.

Additionally, persons receiving Old Age Pension may become ineligible if that person is a resident in a charitable institution that provides board and lodging; is in prison or has migrated.