The lives of both Commissions ended several months ago and recommendations have since been put forward for new members.

In a comment to the Ministry of the Presidency’s press unit after the meeting, State Minister Joe Harmon said the Commissions will be sworn in soon now that the consultations have ended.

“As you are aware, these two Commissions, the life had come to an end many months ago but the process had required the National assembly to nominate some of these persons for both Commissions and once those were done; the President would consult with the Leader of the Opposition. So this is what took place this morning. The requirement was for meaningful consultation and not necessarily agreement and so that consultation took place and now I believe we can proceed with having the two Commissions established and the President at a short time from now will have those two Commissions sworn in so that their work can continue,” he said.

Mr. Jagdeo at his press conference on Wednesday had expressed some concern about some of the nominees for the Commissions, but there is no need for an agreement on nominees under the Constitution. 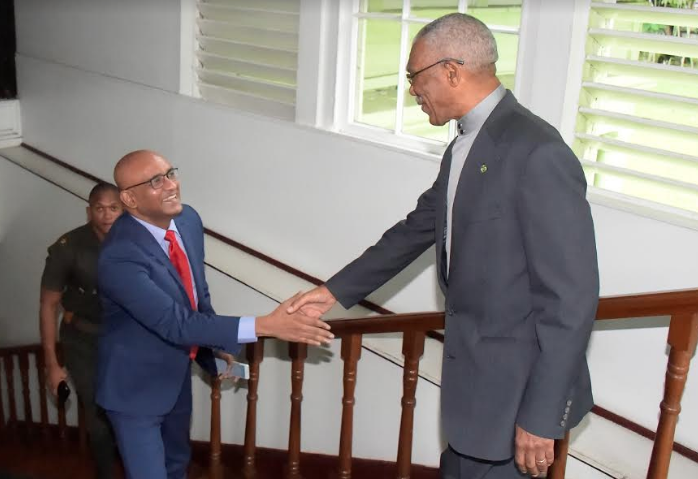