Police report makes no sense; I need answers over my husband’s murder -wife of man shot dead by Police on seawalls

Speaking to News Source this morning, Assanah's wife, Claire Assanah who is a private school teacher, said she needs answers because the Police Force's report is not adding up and is making no sense. The wife of one of the three men shot dead by the Police yesterday afternoon on the seawalls said she is not buying the Police report that her husband was one of the suspected bandits.

Thirty-seven year old Kwame Assanah was among the three men, the Police said, were shot dead after engaging undercover ranks in a shoot-out.

In its release, the Guyana Police Force claimed that two men were observed acting suspiciously in a black car outside Scotia Bank on Robb Street. The Police report claims that the two men followed a bank customer to the seawalls as the undercover cops followed.

The third man who was shot dead, according to the Police, arrived on the scene with another man on a CG motorcycle. He reportedly engaged the police in gunfire and was shot dead as his accomplice rode off from the scene and escaped.

But although three men were shot dead, only one gun was reportedly found at the scene along with some ammunition.

Additionally, although the Police claimed there was a shoot-out, there were no bullet holes or damages to the car that the two men were traveling in and which was owned by Assanah. 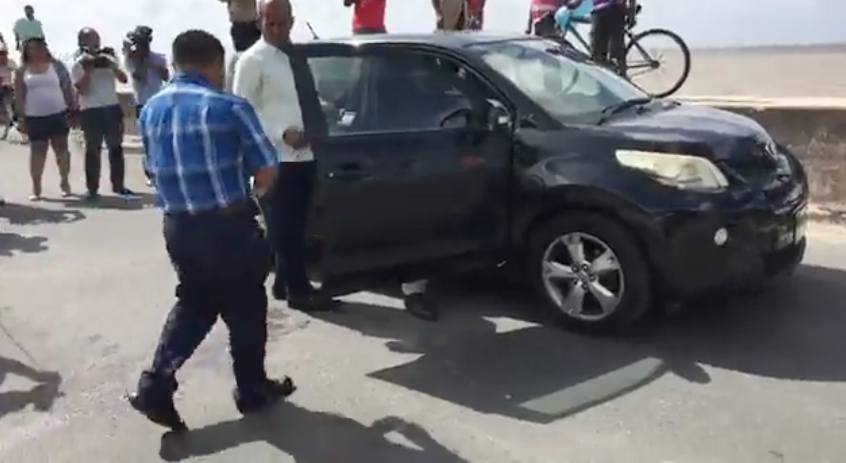 Speaking to News Source this morning, Assanah’s wife, Claire Assanah who is a private school teacher, said she needs answers because the Police Force’s report is not adding up and is making no sense.

She raised concern that the Police in its statement, claimed that her husband had been previously arrested “for several offenses”.

She explained that just recently, the same Police Force provided her husband with a Police Clearance which allowed him to start a new job.

The grieving widow told News Source that her husband would work the car as a taxi.

“My husband was a family man. He dropped me to work every morning and dropped our son to school and came back for us. He would then drop me to all of my private tutor classes and come pick me up. This was no criminal or bandit. The Police needs to say what exactly took place”, she urged.

The wife said she is convinced that “a lot of facts are missing and we want answers. I know my husband and the type of man he is, he would have been the one to have his hands up in the air surrendering to Police and not engaging the Police in anything”.

Ms. Assanah further explained that her husband previously worked with the Alliance Security company as a Supervisor and was a GDF pilot in training a few years ago before he left the Force to offer better support to his younger siblings in the absence of their parents. 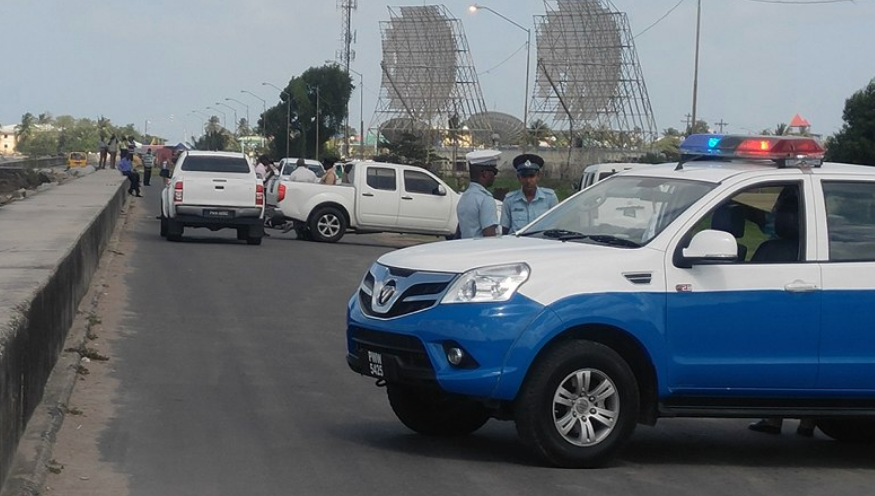 “It’s eight of them and my husband was the eldest. He was the one who from an early age played a role in raising his siblings and he had the most respect for the law. This makes no sense”.

The widow has vowed to seek answers and clear her husband’s name.

And more questions are popping up about the Police Force’s account of the event. Other persons who were in the area, said they also saw a young woman and a young man running from another car when the shooting started. They were reportedly told to go back to their car and leave the scene.

The Police release made no mention of other persons being at the scene.

Additionally, although the Police claim that one of its undercover car was damaged during the shoot-out, the car was not at the scene by the time investigators arrived.

Efforts to get the top brass of the Police Force to offer clarification on the Police statement has so far proven futile.