A prayer breakfast this morning brought together President David Granger, several ministers of government and well-wishers. The aim was to welcome home Prime Minister Moses Nagamootoo who returned today after recuperating in the United States (US) following a successful heart bypass surgery

The government ministers, all expressed pleasure at the PM’s return and recommitted to ensuring that his health and well-being are a top priority for the government.

Minister Ally said, “Prime Minister, I want to say to you, that you have to take it one day at a time, we love you, we treasure you and we want to have you for a long, long time.”

Minister Khemraj noted that the Prime Minister’s expertise and sharing of experiences were greatly missed while he was away. “The advantages of having you in our midst and the fact of having your remarks at Cabinet, Parliament, the AFC meetings and security meetings among others.” 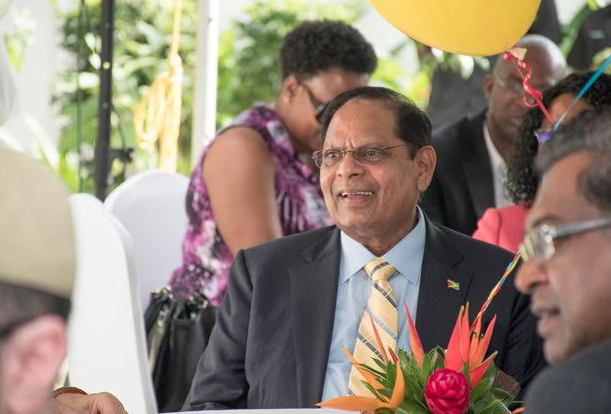 Prayers were offered up for the PM and family by Reverend, John O. Smith, Shayk Moeenul Hack, and Pandit Chateram Pooran.

In February, a routine medical examination was done in Guyana which revealed that the Prime Minister had some cardiac issues and had to undergo the heart bypass surgery at a medical institution in the US. Following the successful surgery, he remained in the US at his family’s residence during his recovery process. -DPI-