Delivering the feature address at the Social Cohesion Day observance held at the National Cultural Centre, PM Nagamootoo recalled the signs of division that emerged when general elections were held in Guyana two years ago. Guyana’s religious and cultural diversity was put on show on Thursday as the country celebrated the second annual National Social Cohesion Day. The day is being observed on the same date that Guyanese elected the APNU+AFC coalition government to office.

While the government envisions an end to political and ethnic divisions, Prime Minister Moses Nagamootoo believes that the disunion still haunts the nation.

Delivering the feature address at the Social Cohesion Day observance held at the National Cultural Centre, PM Nagamootoo recalled the signs of division that emerged when general elections were held in Guyana two years ago.

He said Guyanese are still living in the aftermath of bitterness that the electoral contest produced and he believes that a national event such as the Social Cohesion Day one is needed to bring Guyanese together.

The Prime Minister complimented President David Granger for implementing policy and establishing a Ministry of Social Cohesion which will serve to bring people together.

“We must be able to put behind quickly political divisions and ethnic divisions. Social cohesion therefore has cardinal role to play in Guyana. It is the glue that will bring us together, it is the invitation that all have a role to play on the common stage irrespective of differences and political persuasion,” Nagamootoo said.

“Diversity is our strength, it is who we are,” he charged.

He reminded of President’s expression at last year’s event in which he urged that the social cohesion observance be used to foster a sense of belonging and combating exclusion.

“It must be a blessing that when the world is being pulled apart by social conflicts and politics we have a society that is not in confrontation. In spite of efforts to pull us apart, citizens can celebrate today,” he added.

The Prime Minister said social cohesion must not be seen as a once a year event but must become part of citizens’ everyday lives. 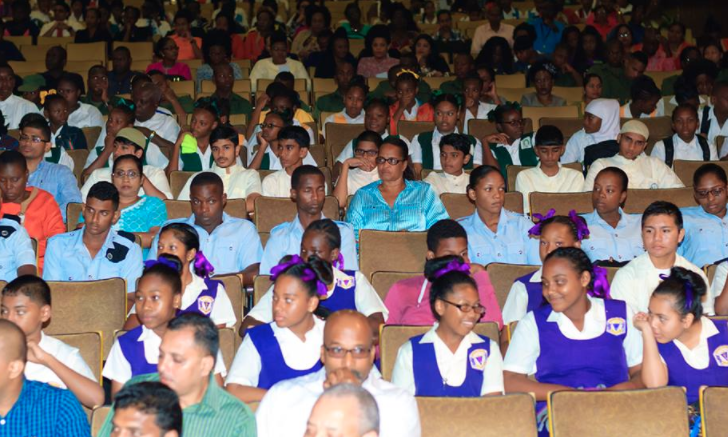 Dr. Norton was thankful of the overwhelming support Guyanese have given not only to the development of the Strategic Plan but also to policy efforts to ensure social cohesion becomes a reality.

He explained that the plan will allow for a more structured and systematic approach in advancing the social cohesion agenda and outlines the direction and initiatives the Ministry will undertake over the next five years.

“Everyone has a role to play in the process as we are all architects to social cohesion. We must do everything to ensure social cohesion becomes a reality. I know the road ahead is long but with consistent efforts we will arrive where we need to be,” he said.