With the scorching Tuesday afternoon sun beaming down, prisoners shouted various messages at the visiting Commission. "They kill out them man", one prisoner shouted from behind his dark caged cell, "but the justice will come this time, I gon mek sure the justice come", he continued as the Commissioners, Attorneys and the media walked across the prison yard. The Commission of Inquiry looking into the deadly prison unrest at the Camp Street, Georgetown prison went inside the jail house this afternoon as part of a site visit to give the Commissioners and the Attorneys a clearer view of the scene of the March riot that left 17 prisoners dead.

Representatives from media houses that are covering the Commission of Inquiry, including News Source, were allowed to be part of the visit, however, cameras and other recording devices were not allowed.

With the scorching Tuesday afternoon sun beaming down, prisoners shouted various messages at the visiting Commission.  “They kill out them man”, one prisoner shouted from behind his dark caged cell, “but the justice will come this time, I gon mek sure the justice come”, he continued as the Commissioners, Attorneys and the media walked across the prison yard.

On the prison tarmac, where the prisoners would be taken for searches, the officials of the Georgetown Prison explained the water supply system. One prisoner had complained that the water supply was cut off during the fire and that may have played a part in the inmates not being able to save themselves.

The prison officials explained that water tanks are stored just above the capital offenses A section, where the 17 inmates died. Large water tanks used to supply that section stand above in the attic of the same building.

The prison officials explained that all water going to the tanks come from a reservoir just to the back of the same building. The water is supplied to that reservoir from one of two fire hydrants inside the jail yard.

Officer in Charge of the Georgetown Prison, Kevin Pilgrim, explained that once there is a fire inside the prison, all water would be sourced from the reservoir. The Fire service would access the several hydrants around the outside of the prison.

Inside the Capital A offenses section where the fire was started and where the 17 inmates died, the place appeared like something out a war movie. Steel framed bunk beds and mattresses were strewn all over the ground and appeared like a reminder of what took place on that Thursday morning, two weeks ago. 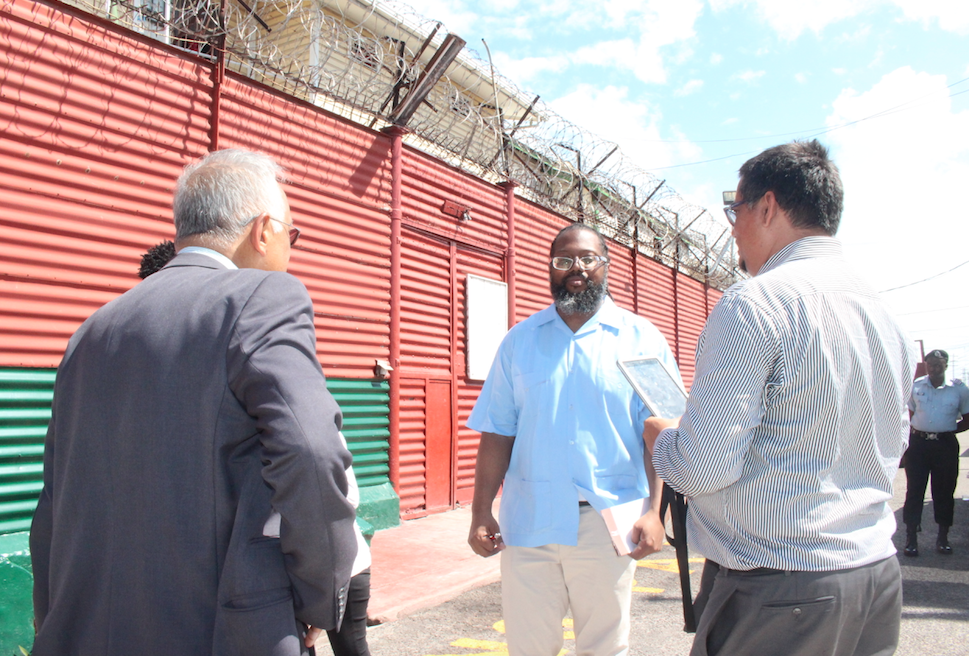 Attorneys discussing some of the issues raised during the visit

There is still the presence of burning stench and one prisoner who had earlier testified about surviving the ordeal was brought into the area to explain various areas and what exactly took place. He pointed to the doors of the section that were locked and the hole in the wall that he said some prisoners made and escaped through into the other section of the prison.

He is expected to be back on the witness stand tomorrow to face additional questioning.

The visiting team was able to see the two showers and three toilets in the Capital A section that catered for the over 60 inmates who were housed there.In the Capital B section, the condition of the prison holding facility mirrored those in Capital A.

There are no separate prison cells. The two areas are two separate large open areas that were separated by a concrete wall. The bunk beds would be all over the open areas and some prisoners used sheets around the bottom bunk to ensure their privacy.

From the appearance of the areas, there were more prisoners housed in the sections than there were beds.

In the Capital B section, romantic novels, newspaper clippings and pieces of clothes were left behind. Several plastic bowls and mugs were also scattered all across the floor. Repair works have not started on these two sections of the prison.

The site visit lasted for just about an hour and did not incorporate other sections of the prison where inmates are currently housed. Still, some inmates continued to loudly voice their dissatisfaction with the conditions that they are forced to live under. 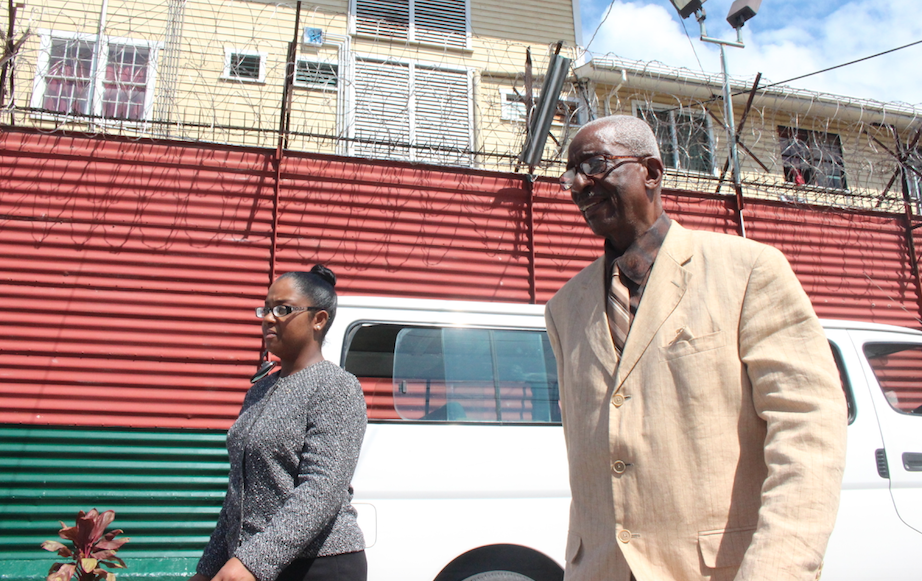 A prison officer explained to News Source that convicted prisoners and prisoners on remand are all housed together because of the over population of the jailhouse.  “There is no separate section for those who have already been convicted and those who are awaiting trial. Many of them are all together because of the space issue”, the officer said.  That space issue has become worse with the destruction of the Capital A and B sections.

Although some prisoners have been moved out of the Camp Street prison since the deadly fire, the prison remains overpopulated.

“We are glad the Commission is here”, another prison officer said, “so that they could see what the inmates and the prison officers have to deal with”.

The Commission of Inquiry continues on Wednesday with other prisoners being called to testify.