Just after 11 o' clock on Thursday morning, firemen rushed down to the jailhouse as inmates set fires to mattresses and a section of the prison in protest of a recent raid by prison officials to rid the jail of illegal items. One prisoner is dead and at least six other prisoners were badly burnt about their bodies during a fiery midday protest inside the Camp Street Jail in Georgetown.

Just after 11 o’ clock on Thursday morning, firemen rushed down to the jailhouse as inmates set fires to mattresses and a section of the prison in protest of a recent raid by prison officials to rid the jail of illegal items.

The blaze was quickly extinguished but by the time that was done, a number of the prisoners had already been badly injured.

The dead prisoner has been identified as Rayon Paddy. The names of the injured prisoners have not been released.

Commander of A’ Division, Clifton Hicken was at the scene along with several policemen, as roads near to the prison was completely blocked off. 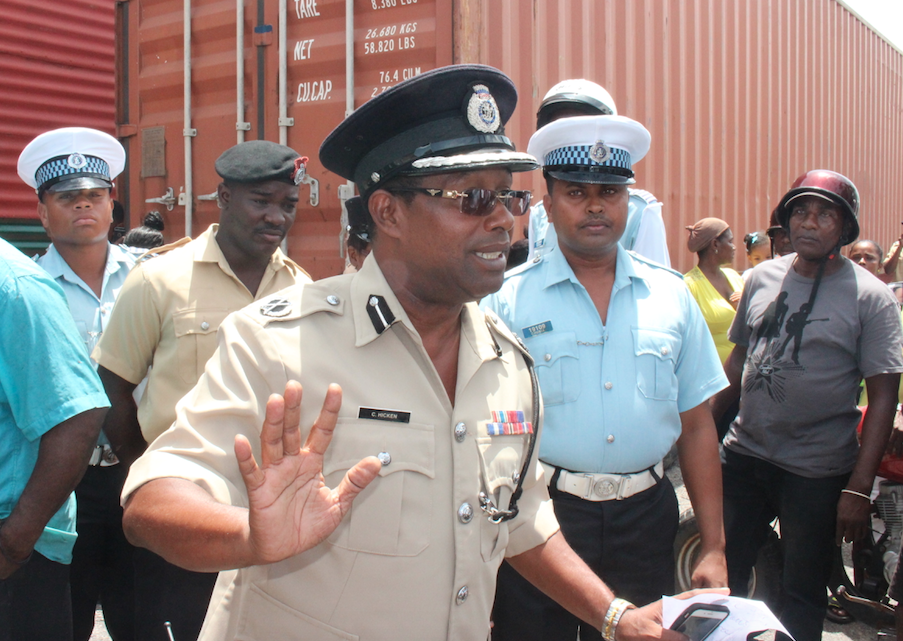 The Commander told relatives who had gathered outside that while he understands their concerns about some of their families who may be in the prison, the priority is to get those injured to the hospital. He confirmed that at least six inmates had been badly injured.

Outside the jailhouse, angry relatives loudly voiced their displeasure with not being provided with enough information about what is going on in the jail.

One woman said when she brought food for her son, she was told that she would not be allowed to send it in. She complained that her son is an “asthma case” and she wants to know that he has not been injured.  She appeared relieved as the injured prisoners were brought out and her son was not among them.

Another woman who stood outside the jail house complained that her boyfriend was on remand in the prison “for a crime he did not do” and his trial was taking long to begin. She said many of the remand prisoners are angry with that situation and she believes that may have also triggered the protest.

“Once me man alright in deh, I good but if anything happen to he, they will see real story out here”, another woman shouted. 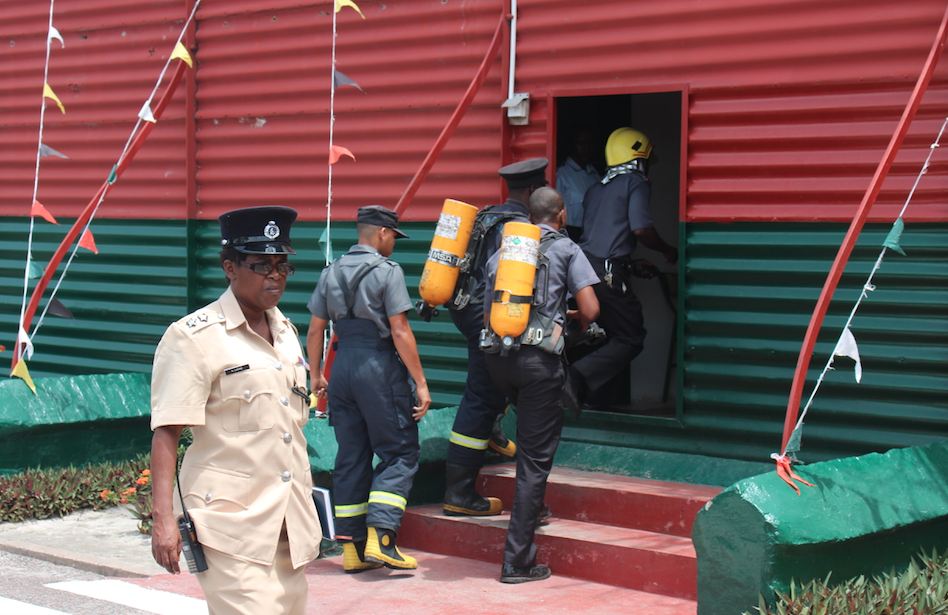 Officials of the prison were busy dealing with the emergency situation and were not able to brief the relatives who had gathered.

The protest at the camp street jail began on Wednesday night. It reportedly erupted after prison officials conducted a surprise raid and were able to unearth a number of illegal items including phones and improvised weapons.

On Wednesday, the Fire Service was called twice to douse a blaze in the capital offences section 1 of the prison. The same area erupted with the protest again today.

Members of the Guyana Defence Force and the Police Force were seen increasing their presence around the jail as the joint services.