Those who escaped from Lusignan and are still on the run are Clive Forde, Kerry Cromwell, Pascal Smith, Kendell Skeete, Paul Goriah, and shawn harris. The Security Forces are further stepping up their efforts to ensure the capture of all of the prison escapees.

Seven of the thirteen prisoners who escaped from the Lusignan Prison were recaptured last evening.

Four of the seven were nabbed in different parts of the city, while the other 3 were arrested at Mon Repos.

Those who escaped from Lusignan and are still on the run are Clive Forde, Kerry Cromwell, Pascal Smith, Kendell Skeete, Paul Goriah, and shawn harris.

The authorities are seeking the public’s help in locating all of the remaining escapees, including the four who escaped from the camp street jail 2 and a half weeks ago.

Anyone knowing the whereabouts of any of the escapees should contact the nearest police station.

Persons are being warned not to engage them and family and friends of the escapees are being reminded that they could find themselves behind bars also, if they are found to have been harbouring the fugitives.

The breakout at Lusignan is believed to have occurred during the wee hours of yesterday morning during heavy rainfall.

The 13 prisoners dug their way out of the prison compound through a tunnel that measured about five feet in depth and five feet in height.

Prison Authorities said the men were able to by pass 3 layers of the security in their escape. Security has since been further enhanced around the prison and at other prison facilities across the country. 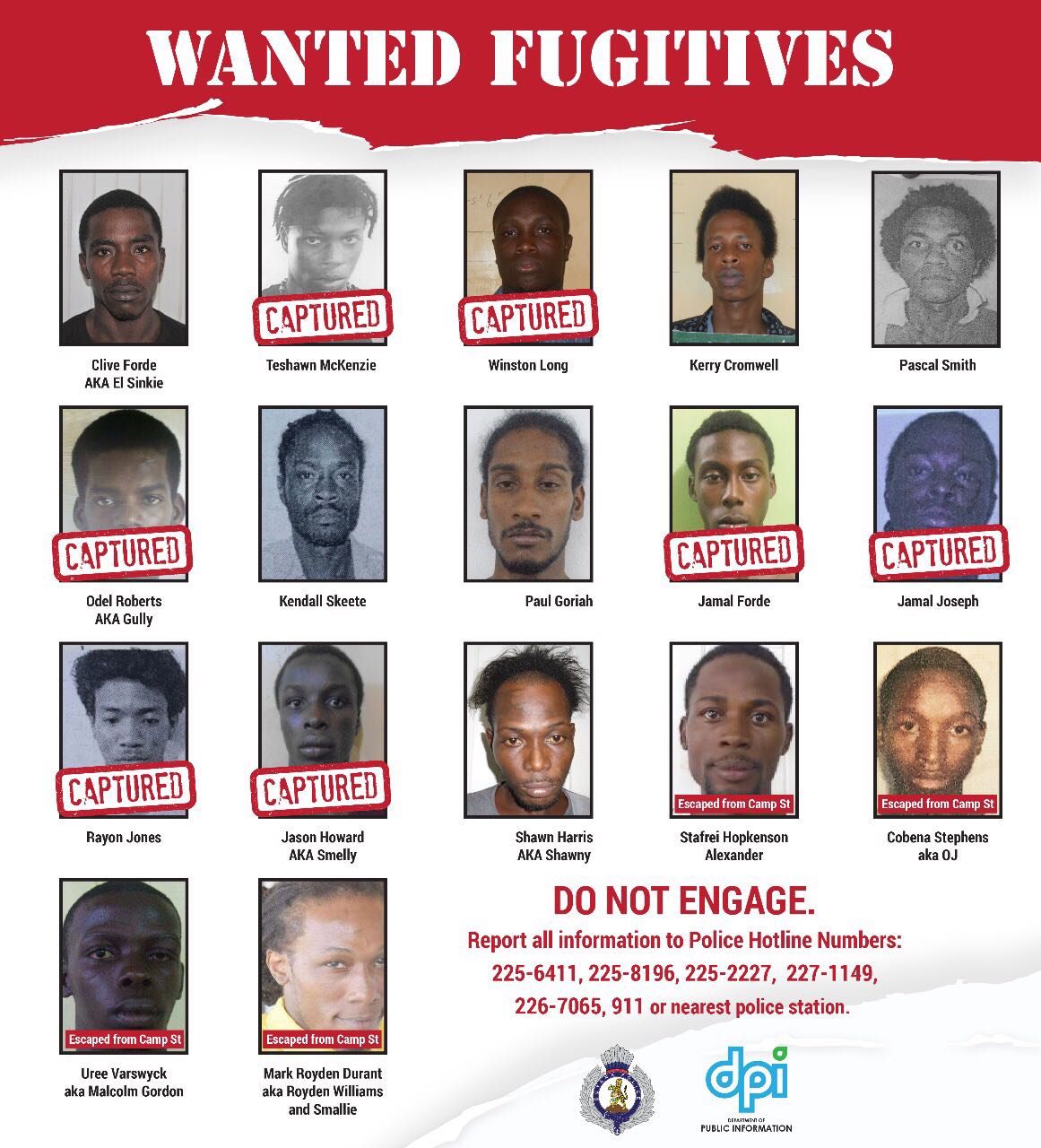