Sharma Solomon will not be returned as Region 10 Chairman; Amna Ally confirms his name not extracted to sit on Regional Council

Government's Chief Whip and APNU Executive member, Amna Ally made the confirmation on Friday during an interview with News Source. The APNU+AFC has already submitted its list of candidates to serve on the Regional Councils to the Guyana Elections Commission. Chairman of Region 10, Sharma Solomon is not among the names that have been extracted by the APNU+AFC coalition, from its list of candidates to serve on the Regional Democratic Council for the Region.

Government’s Chief Whip and Minister of Social Cohesion, Amna Ally made the confirmation on Friday during an interview with News Source.

The APNU+AFC has already submitted its list of candidates to serve on the Regional Councils to the Guyana Elections Commission.

Ms. Ally who is also an Executive Member of the APNU, could not provide any clear explanation for Solomon’s exclusion.

She said “I don’t know, I can’t say why. There are a number of people whose names were submitted to be candidates and he was not the only one whose name was not extracted, many others were not extracted”. 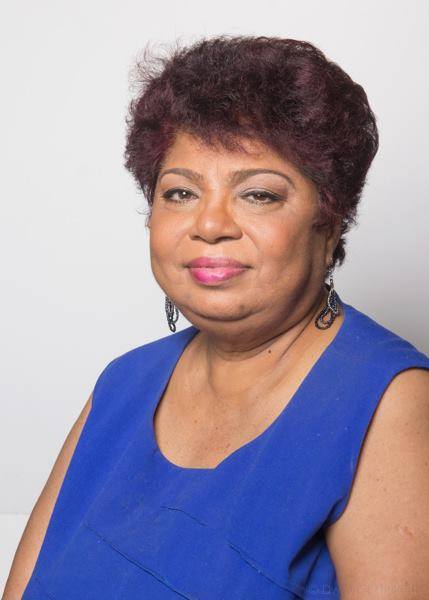 Solomon served as the Regional Campaign Manager for the APNU+AFC coalition at the May 11 elections which saw the coalition winning the elections in the Region 10 by a landslide.

When reminded of the role played by Solomon during the campaign season, Ally reasoned that it was simply not enough to include Solomon’s name among those extracted.

“Lots of people have expectations, there were a lot of people who had expectations to be Ministers and Members of Parliament but they were not given an opportunity to,” she added. She said it was team work that helped the coalition secure its victory in Region Ten and it should not be seen as a “Solomon Victory.”

“Let me set the record straight with regards to Region Ten. It was not a Sharma Solomon campaign. It was a team campaign and while he was named campaign manager, there were many others who really had their shoulders to the wheel and did the work,” she added.

The government’s Chief Whip explained that the President used his own criteria for the selection of regional representatives while she is mainly tasked with administrative work. “He doesn’t just pluck your name out of a hat. I can’t tell you the criteria.” Ally said.

She insisted that other persons have to be given “a chance” for the work they have done.

Solomon met with APNU General Secretary and Minister of State, Joseph Harmon last Friday about his continuing role in the new administration and the coalition. News Source understands that Solomon expressed an interest to serve at the national level.

News Source has learnt that former APNU Member of Parliament, Renis Morian has been tipped for the Regional Chairman position.

Solomon who has been very outspoken over the past few weeks about his accomplishments as Regional Chairman could not be reached today for a comment.