According to eyewitnesses, Benjai had already wrapped up his headlining performance at a Pulse Entertainment soca themed party and was leaving the nightspot when the incident occurred. Popular Trinidadian soca star, Benjai, is nursing serious injuries to his face after he was attacked outside the Palm Court nightspot in Georgetown early Sunday morning by one of the club’s regular patrons.

According to eyewitnesses, Benjai had already wrapped up his headlining performance at a Pulse Entertainment soca themed party and was leaving the nightspot when the incident occurred.

The soca star, known for hits like “Wine to the Side” and “Phenomenal”,  was outside the club chatting with a group of fans when the driver of a car was about to reverse into them.

Reports state that one of the persons in the group with Benjai knocked on the trunk of the car to alert the driver that he was coming too close to them and that was when all hell broke loose.

The driver of the car, identified, only as “Imran” reportedly jumped out of the car and confronted the singer over someone knocking on his car. When the singer attempted to bring calm to the situation, the young man reportedly started to hurl expletives at the singer while threatening to use his firearm.

An eyewitness said it was at that stage that another man, who is a close associate of “Imran” whipped out a bottle and lashed the singer straight across the face. 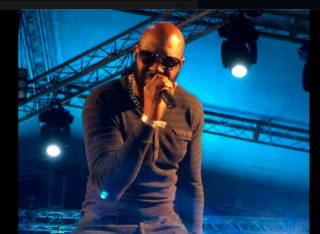 The soca artiste fell to the ground as blood gushed from the injuries. He was hurried to the emergency room of a private hospital, where doctors administered treatment. The lash to his face resulted in him sustaining two large deep cuts. One close to the ear and the other along the area of his jaw bone.  Over 20 stitches had to be done to the injuries.

The incident resulted in the singer being forced to change his flight plans out of Guyana. He has since however, left the country and reportedly filed a police report before doing so.