"I am not going to prescribe to the Minister what he ought to do, but what I will say is that in the United States, if one of our cabinet officials were to have made that sort of comment, that person would have been expected to resign without question" -Chargé Hunt Guyana’s Minister of Health Dr. Bheri Ramsarran continues to come under fire for his verbal assault on women’s rights activist Sherlina Nageer and now the U.S Embassy in Georgetown has described the comments as “distasteful” and as a threat of “sexual violence”.

In an interview with News Source at the U.S Embassy, Chargé d’ Affaires Bryan Hunt said that had a cabinet member of the United States made similar comments, he would have been expected to tender his resignation.

Hunt said “I am not going to prescribe to the Minister what he ought to do, but what I will say is that in the United States, if one of our cabinet officials were to have made that sort of comment, that person would have been expected to resign without question”.

During a confrontation outside the Whim Magistrates’ Court in Berbice on Monday, the Health Minister called the women’s rights activist “a piece of sh#t” and an “idiot” who should get out of his face, after she persistently questioned him about the maternal death rate in Guyana.

As Ms. Nageer was being led away by the police, Ramsarran could be heard telling two reporters that “I would slap her ass you know just for the fun and I can have some of my women strip her right here”.

The U.S Chargé said such statements by Ramsarran have no place in a country like Guyana which has a high rate of domestic violence and sexual and gender based violence. 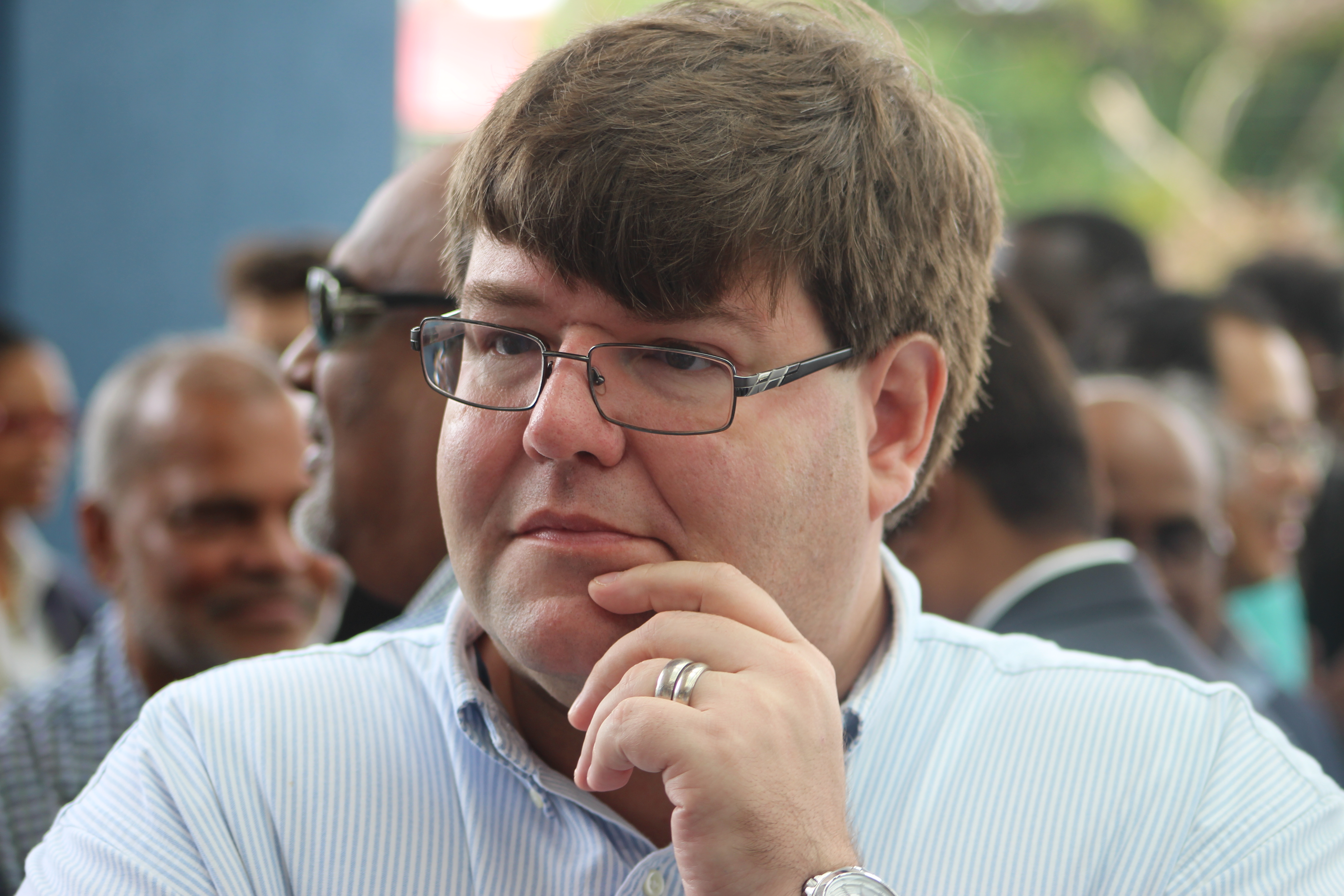 Mr. Hunt went on to state that “there is no possible reason or rationale to threaten sexual violence against anyone but especially against a woman given Guyana’s very serious gender based violence problem”.

The U.S official said he is pleased that some members of the government have called the Minister to task on the statements but “I consider the conduct quite frankly to be a disgrace”.

One day after the incident as the recording began to make its way across social media and the mainstream press reported on it, the  Minster of Health issued an apology saying that he was sorry for what he described as “harsh words”.

Chargé Hunt explained while it was important and appropriate for the Minister to apologise for his conduct, “what would have been more appropriate was for him to never have made the statement in the first place”.

“I don’t think you can un-ring a bell. I don’t think you can take back the damage that would have already been done by suggesting that sexual violence is an appropriate response to whatever sort of provocation that the Minister felt he was under. I think the damage was much more severe than what the woman’s activist heard or the offense that she took at the remarks. I think it conveys a sense from a senior government official that somehow sexual violence is something that is appropriate to use, appropriate to threaten and somehow societally acceptable and it’s not. It can’t be”, Hunt told News Source.

In his statement of apology, Minister Ramsarran said he was provoked into making the statements he made.

That excuse has also been found as unacceptable by the US envoy who made it clear that “I don’t believe that there is any possible provocation that any woman could have made that would legitimately result in a response in which a senior government official threatens that woman with sexual violence”.

A number of non-governmental organisations and activists have issued a call for the Minister to step down from office.

While not calling for his resignation, one of his own cabinet colleagues, Education Minister Priya Manickchand has described his statements as “sexist, disrespectful, vulgar and stupid”.

There are new reports that one day after the apology, Dr. Ramsarran described the same women’s rights activist Sherlina Nageer as a “miscreant” who needs “psychiatric help”.

He reportedly made those comments while addressing a health forum.