Foreign Affairs Minister Carl Greenidge said Tuesday morning that because of the uncertainty of how long the case will remain at the ICJ and Venezuela's likely response to Guyana's application or challenge to the Court's jurisdiction, the US$15 million may or may not be enough. With Guyana’s official application already filed at the International Court for a final settlement on the border controversy with Venezuela, the Guyana Government has confirmed that US$15 million has been set aside for Guyana’s legal costs.

The US$15million will be taken from the  US$18 million signing bonus Guyana received from ExxonMobil.

ExxonMobil is currently drilling for oil in maritime space claimed by Venezuela and aims for a 2020 start of production.

Foreign Affairs Minister Carl Greenidge said Tuesday morning that because of the uncertainty of how long the case will remain at the ICJ and Venezuela’s likely response to Guyana’s application or challenge to the Court’s jurisdiction, the US$15 million may or may not be enough.

He did not indicate what the remaining US$3 million will be used for.

Over time that will be assessed but the government intends to transfer monies on an annual basis from the special escrow account to meet the financial needs of the legal team.

Greenidge told reporters that legal proceedings at the ICJ can drag on for the next two to six years, dependent largely on how Venezuela participates in the matter.

He believes the process ahead could be “long and difficult.”

The Foreign Minister has placed citizens on notice that they should not be surprised if the case drags on for a few years, but he has given assurances that Guyana intends to appear before the Court “without blemish” to defend its Essequibo region which is being claimed by Venezuela.

Commenting more specifically on the process going forward, the Foreign Minister said the Court will first need to make a decision as to whether the matter is within its jurisdiction.

He said too that if Venezuela wants, it can make submissions on that part but already Venezuela has been asked by the ICJ to respond to Guyana’s application.

Once the ICJ decides to go ahead with hearing the case, Guyana intends to submit a more comprehensive document on the case and Venezuela will also be afforded the same opportunity.

“The process can be a long and difficult process depending on what actions are taken… it can take up to six years or next two years,” he added. 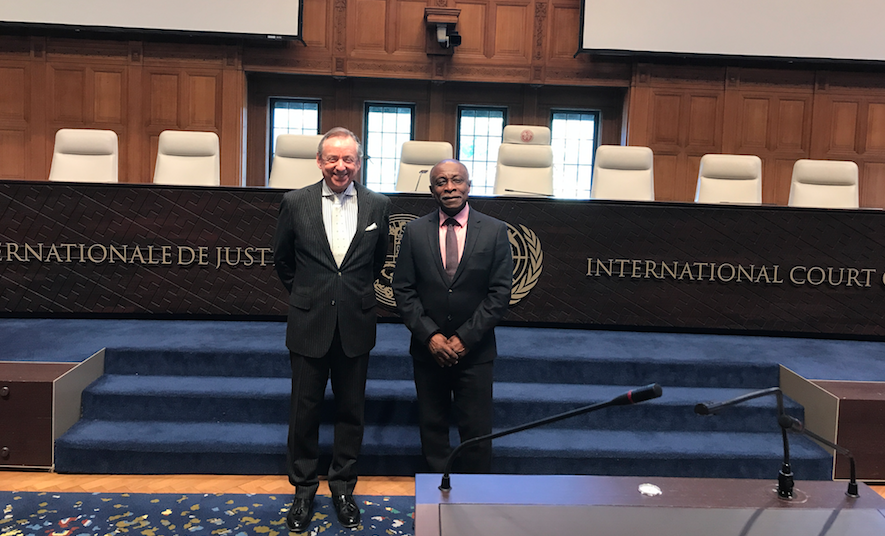 Greendige wants Guyanese to “respect the sensitivity of the Court” and be cautious with comments in the press so that it doesn’t affect the case.

He reminded that it is quite possible for the ICJ to decide not to hear the case but pleaded with the citizenry and the media not to contribute to such an occurrence through public statements.

The official application was filed by the Foreign Minister in The Hague just over a week ago. It has since been published on the ICJ’s website.

Guyana also wants the International Court to rule that Venezuela shall immediately withdraw from and cease its occupation of the eastern half of the Island of Ankoko, and each and every other territory which is recognized as Guyana’s sovereign territory in accordance with the 1899 Award and 1905 Agreement.

The Court is also being asked to declare that Venezuela shall refrain from threatening or using force against any person and/or company licensed by Guyana to engage in economic or commercial activity in Guyanese territory as determined by the 1899 Award and 1905 Agreement, or in any maritime areas appurtenant to such territory over which Guyana has sovereignty or exercises sovereign rights, and shall not interfere with any Guyanese or Guyanese-authorised activities in those areas.

Additionally, Guyana wants a declaration that Venezuela is internationally responsible for violations of Guyana’s sovereignty and sovereign rights, and for all injuries suffered by Guyana as a consequence.