On Sunday night, party delegates erupted in shouts for "Volda" as the clock ticked towards midnight and it became clear that she was going to be the new Party Chairperson. The official announcement came just after midnight. Longtime member of the People’s National Congress Reform, Volda Lawrence has been elected as the new Chairperson of the party, the second highest position in Guyana’s second oldest political party.

The results of the elections were announced just after midnight.

Lawrence replaces fellow party member, Basil Williams, who was hoping to be re-elected to the position, but came in third in the three person race.  Joe Harmon placed second.

All three serve as Senior Government Ministers in the Coalition Government.

In the race for the two positions for Vice Chairman, Annette Ferguson and Dr. George Norton came in victorious.

Ferguson will serve as the First Vice Chairperson while Dr. Norton will return to the position of 2nd Vice Chairman.

Ronald Bulkan will remain treasurer of the party since he was unchallenged for the position.

President David Granger was also unchallenged for the position of Party Leader.

On Sunday night, party delegates erupted in shouts for “Volda” as the clock ticked towards midnight and it became clear that she was going to be the new Party Chairperson. The official announcement came just after midnight.

In her acceptance speech, Ms. Lawrence promised to serve the party and all the people of Guyana well, adding that its time for the party to move forward in continued unity.

She said she does not have gold or silver to offer, but instead she offers her heart to the people of Guyana. She told the delegates that she intends to “walk the walk and talk the talk” to ensure that the party remains in Government as part of the coalition. 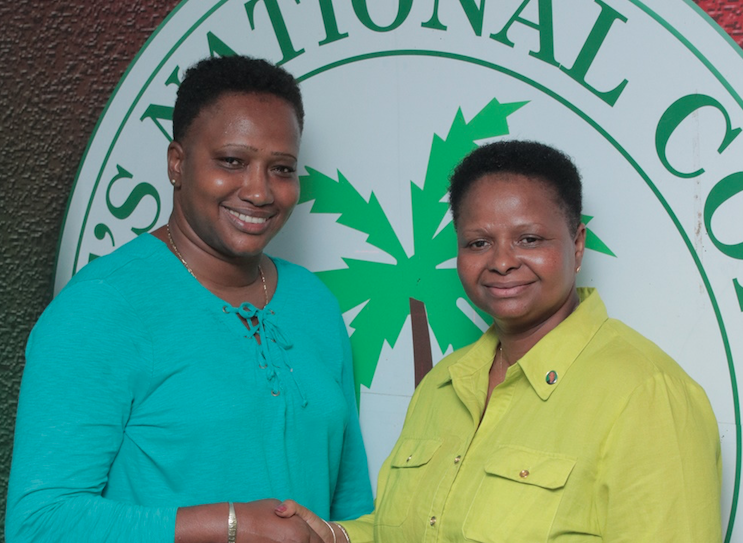 “I also pledge to work with all Our Leader and Leaders to ensure that we address the needs of our people and that we work together in unity, and as we leave here, let us remember that we are all members of the greatest party in this country”, Lawrence said.

President David Granger praised the party’s internal election process as showcasing true democracy. He said the process might have been long but it was the right process.

He said those elected to office must understand their duty to the party and the people of Guyana, adding that “each elected member is a member of my cabinet. They might be rivals in the campaign, but they are colleagues”.

Over eight hundred delegates representing thousands of party members from across the country voted in the elections for the top party positions as well as for other positions on the executive.

The People’s National Congress is the largest party in the coalition government.