At an emergency press conference on Wednesday, GWI’s Chief Executive Officer Dr. Richard Van West Charles made a personal appeal for citizens to immediately begin conservation of their water consumption, particularly in wake of the prolonged dry season. Low levels of water in the East Demerara Water Conservancy (EDWC), which provides an average of 60% of water to residents in the capital city, has forced the Guyana Water Inc. (GWI) to immediately seek out measures to control the demand and wastage of water.

At an emergency press conference on Wednesday, GWI’s Chief Executive Officer Dr. Richard Van West Charles made a personal appeal for citizens to immediately begin conservation of their water consumption, particularly in wake of the prolonged dry season.

Dr. Van West Charles reported that the water level in the EDWC is below dead storage at 52.7% when the optimum level is averaged at 57.5%.

The CEO was keen to advise that there was no water crisis although the situation is worrying.

He stressed the need for water conservation to be top priority among the residents of Georgetown and GWI is also appealing to the heads and administrative staff of all schools, health facilities, hotels and food entities to ensure that all faulty internal plumbing is corrected and repaired to prevent wastage. 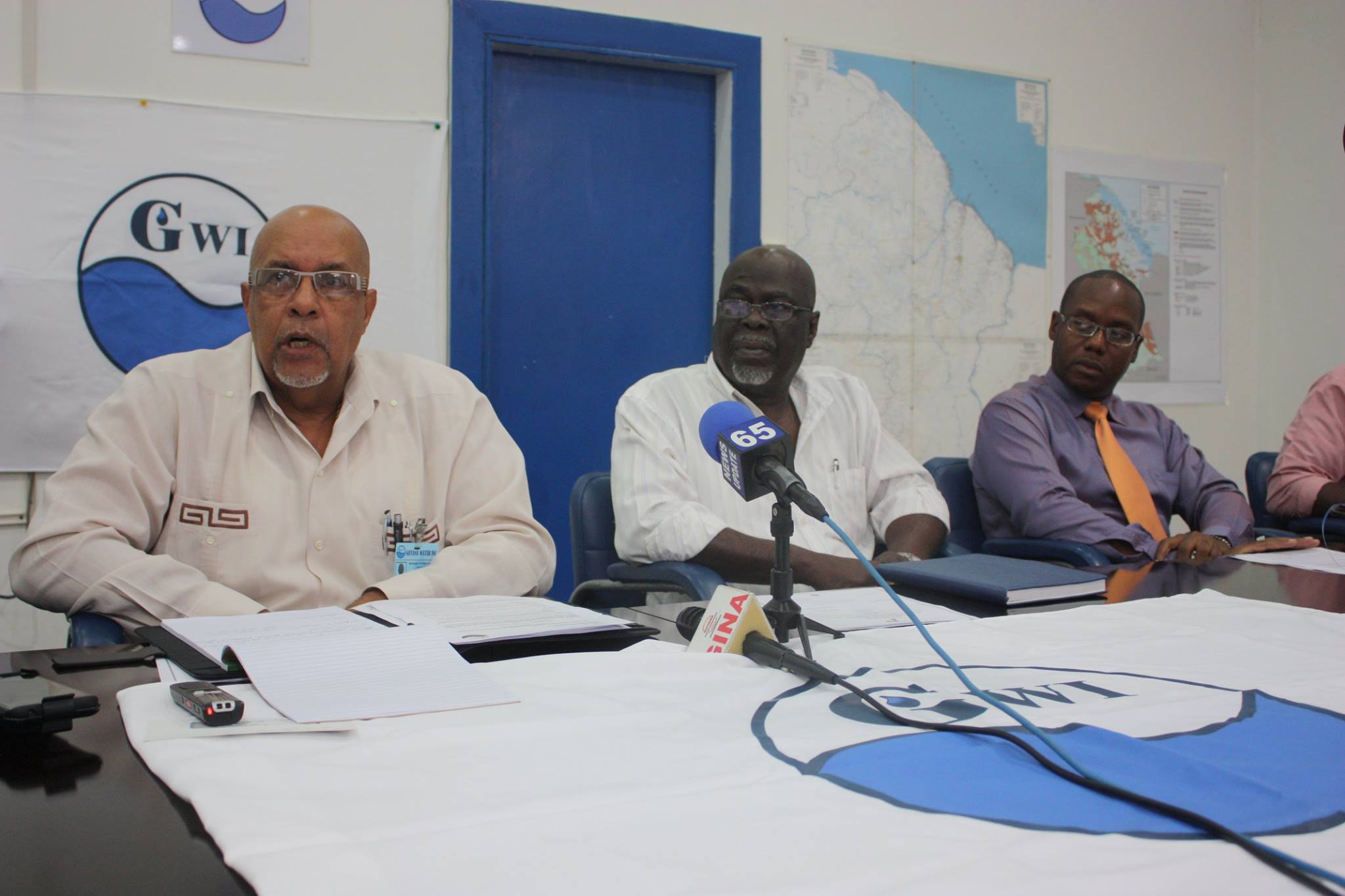 Citizens are also being asked to reduce the amount of times they wash their cars, and other equipment.

“I see no reason why citizens will not have an understanding,” the CEO said.

The EDWC provides the GWI’s Shelter Belt with water which is them pumped along with a ground water supply of 40% to Georgetown residents.

GWI will be pumping water into the conservancy in a bid to keep the water supply up.

In urging citizens to become part of the conservation process, the utility company will be reducing the pressure of water during off-peak hours in the day.

However, during peak hours (mornings, mid-days and evening) GWI will maintain pressure. According to the CEO, city residents use an average of 50 mega litres of water and the water company is seeking to ensure that there is no major shortfall.

Meanwhile, GWI is looking to dig a new well at the Shelter belt and rehabilitate another three wells that are dysfunctional.

An appeal is also being made to residents in outlying areas to adopt measures to conserve on water consumption.