While the organisers admit and acknowledge that it could be a tough road ahead as they try to engage more with local political leaders and decision makers, they plan to keep focused on ensuring greater participation of youths in the national discourse. On Saturday afternoon, when most youths might have found themselves relaxing at home or at the shopping malls, over one hundred young Guyanese gathered at the Theatre Guild in Georgetown to begin a conversation about Guyana’s political system and its impact on their lives.

With the ground rules stating clearly that it was no campaigning event for any political party, the youths examined ways in which they could become more involved in decision making and influencing decision making at the top political level.

The event was put together by three young Guyanese, Dennis Glasgow who is a youth activist and University Communications student, UWI law student, Eden Corbin and Medical Student, Vishal Joseph under the #PROGuyana banner, in an effort to get youths to move from “rhetoric to action”.

The three are also friends and decided to move their “bottom house gyaff” and “Facebook rants” into a serious national conversation about the country’s political and social landscape and youths.

“This is not a political rally and should not be treated as such. We are not mobilizing on behalf of any political party…but it is time for us to take ownership of the Guyana we live in and the one we will inherit, and it starts with us engaging”, said Eden Corbin, at the opening of the forum.

Corbin, who is a former Youth Parliamentarian, told the gathering that youths need to begin offering themselves up to become involved.

“It will test your integrity, patience and character. You will encounter persons who may have ideological differences, persons who will challenge you, persons who will always see a better way for you to do what you do, persons who could care less about your views, persons who are driven by their own self interest, persons who hide behind the cloak of genuine concern, persons who support you, persons who will set out to destroy you. But in the midst of all of this, remember that the reason why you are embarking on this journey, regardless of what motivates you, the one thing that we should all keep at the forefront of our mind, is making Guyana a better place”, Corbin said.

Examining the role of youth in political and civil engagement, Dennis Glasgow, said while many young people in Guyana talk about change, they also “actively and sometimes passively enable systems, norms and even institutions that limit, cripple or even stop change from happening”.

He said he believes a prerequisite to change would therefore be the need to have a charged up population that is well informed and well-engaged civically and politically.

According to Glasgow, “while young people play a central role in catalyzing and mobilizing movements movements for democracy around the world, they are less engaged that the older generations in the actual process of voting and party activism”. 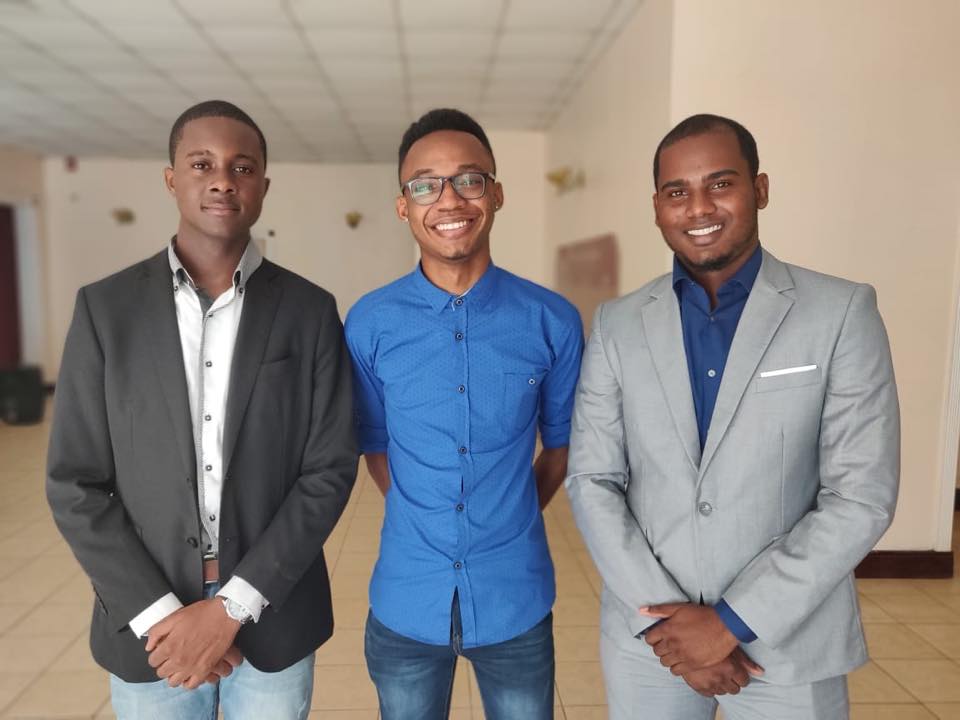 Glasgow, who also heads the Aspire Youth Network Guyana, which examines issues related to sexual reproductive health and rights advocacy, told the gathering of young people that it is time for them to ensure their voices are heard, although they may have been brought up in a society that encourages youths to “be seen and not heard”.

“Often times, because we come from a society that stresses that young people must be seen and not heard, we do not get the opportunity to be heard and when we do get those opportunities, especially by way of voting, we do not see the need to, we do not see the value of, and most importantly, we do not see the importance of voting. This calls for a complete overhaul of our cultural identity, that may be fragmented sometimes, as we still witness the effects of colonisation in our day to day lives. We need to redefine, recharge and represent the way we raise our children and young people. We need to empower them to be critical things and encourage them to start questioning things, to questioning systems and to start questioning people and their motivations behind doing certain things, especially as it relates to our politicians”, Glasgow charged.

One of the other organisers of the forum, Vishal Joseph, said too many young people easily bow out of engagements and discussions related to politics and their future. He said they should however, be careful of tribalism and falling into systems that would divide them.

Joseph said while it is understood that as youths, they will want their ambitions and voices to be acknowledged, “we need to ensure that we engage those who came before us, to learn from their mistakes, so that we do not make the same”.

Joseph, who is a medical student and has been involved in various activities that push youth involvement and awareness, challenged the youths gathered to become involved and not just talk, then walk away from a system that impacts their lives. He said youths can simply begin the conversation by engaging each other and other influential youths about the issues and causes that matter to them.

While the forum started with less than twenty five youths sparsely gathered in the auditorium of the Theatre Guild, that number quickly swelled to more than one hundred and fifty, all coming with their own views and recommendations to move Guyana forward.

“I am 23 and I am fed up”, said one of the participants during the open discussions.

The young man remarked that although he is young, he has become tired of Guyana’s political system and the way the two main parties go at each other, while not focusing enough on the youths, who make up the majority of the voting population. He said he would recommend a youth party to contest elections.

A young woman said today’s youths need to understand the power that they have and likened the power of the Guyanese youth, to that of a customer that a business need to continue.

Other youths raised concern about having a brighter light thrown on issues affecting youths including mental health, gender identity, abuse and personal development.

While the initiative to get youths more involved in politics and civic engagement was welcomed, the youths were also warned about not allowing themselves to get tied down in the “ageism” arguments, but rather to get involved in the systems they want to change and ensure that change from the inside.

The meeting also saw youth activists from the various political parties paying keen attention and taking notes.  While most of those activists took a backseat to listen to the concerns being addressed, they were seen after the meeting wrapped up, engaging with many of the youths who were gathered.

The organisers have indicated that they will not allow their movement to become a one off talk shop and they intend to take it across the country to the various regions in an effort to get a true and clear understanding of the needs and concerns of the Guyanese youth.

While the organisers admit and acknowledge that it could be a tough road ahead as they try to engage more with local political leaders and decision makers, they plan to keep focused on ensuring greater participation of youths in the national discourse.