The Brown Paper Bag: No Love for Donald

Every week, you will be given a peak into The Brown Paper Bag of Guyanese life...this week we find out that "a few months ago, just before the elections, a friend in the PPP had warned that Guyana will see “The Return of the Bharrat” and it will mark the end of the political life of “The Donald”.

If there was any doubt that the Donald Ramotar Presidency of three years was just a plaster for the bigger bandage in the background, then the last week of budget debates has put all of those doubts to rest.

The PPP took its 32 seats on the Opposition side of parliament on Monday, that’s three months after the elections. They wanted to talk budget and so they went in there to join the budget debate. This was their time to call out the new government on some of the issues they are concerned about and even on issues that have nothing to do with the budget, governance or the new government.

A few months ago, just before the elections, a friend in the PPP had warned that Guyana will see “The Return of the Bharrat” and it will mark the end of the political life of “The Donald”.

So last Monday, The Bharrat decided to return to the National Assembly as a member. He had not been there since 1999 when he became President.

The PPP wanted to make an entrance and they did just that. The Bharrat pulled up, handed over his bag to one Member of Parliament and his books and documents to another. These were his new fetching boys, least for the day, and so he started the stride into the National Assembly. 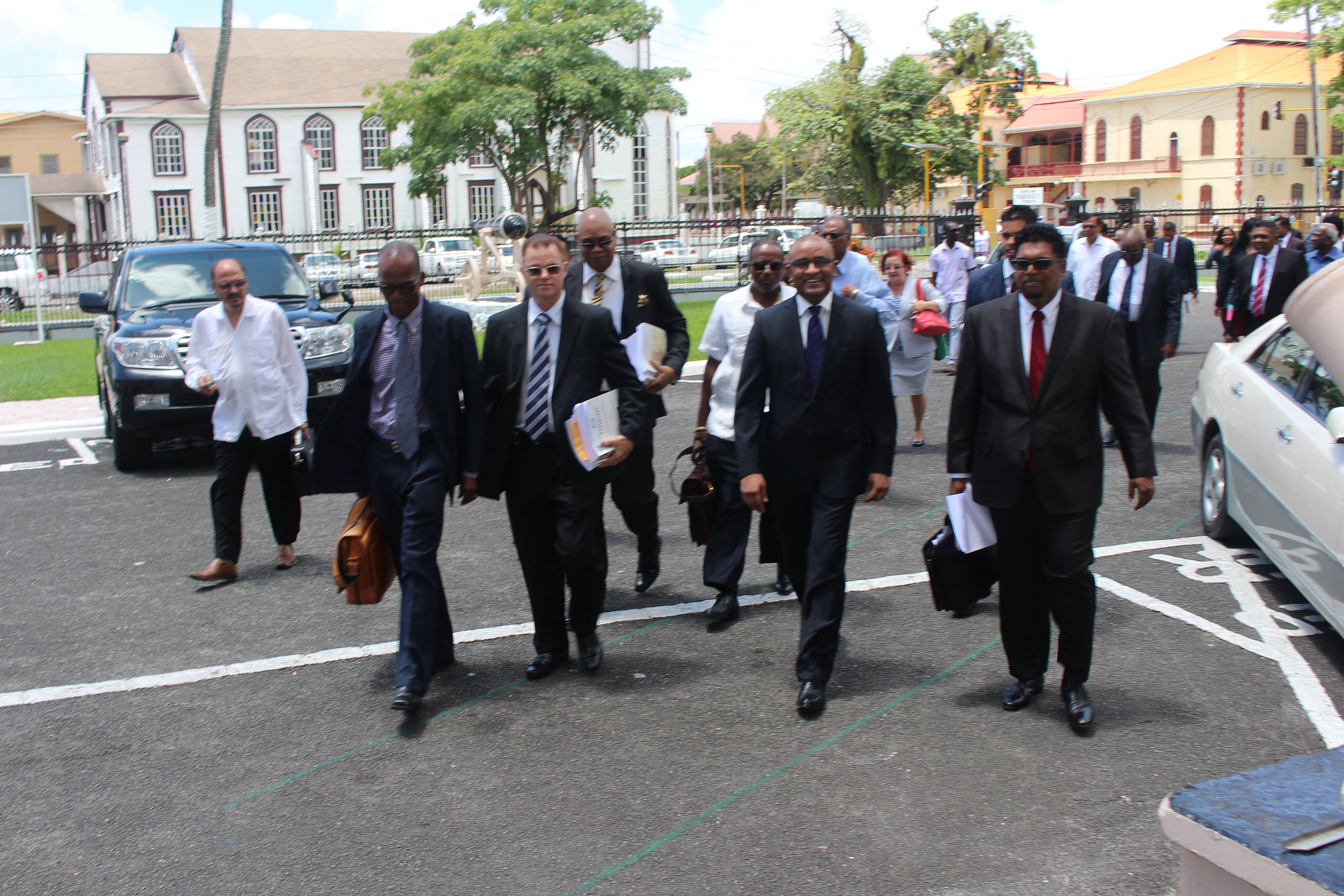 With a smirk of importance but a beaten up spirit, Jagdeo made long strides into the Parliament buildings and gazed around on the outside as if he was a schoolboy now on tour for the first time. He appeared lost and out of his zone but it was the smirk of importance that kept him going.

Cheers erupted with chants of “Jagdeo” and “we leader” as The Bharrat entered the House. The cheers were coming from his fellow opposition members.

Reality soon set in as they took their oath of office and found themselves comfortably seated in the Opposition chairs.

Moments later, Jagdeo and the rest of the crew retreated to make him Opposition Leader and it was the fastest elections ever, Steve Surujubally would be jealous. In less than 15 minutes, The Bharrat emerged out of the Committees room as Opposition Leader and started to give press interviews to Moseley, Chabrol and the rest of the press he once called Carrion Crows. So he found himself surrounded by the “Carrion crows” as they picked him apart with questions.

The bell rang, the interviews ended and the budget debates began. Young star Irfaan Ali became the first speaker from his side to offer a response for the budget and it was here that this Brown Paper Bag realized Donald might have been well lathered with the grease.

Irfaan spoke for about 30 minutes, too much time to be rambling, but in that 30 minutes, this young man who became a Minister of Housing as well as a Minister of Tourism at the same time under Donald Ramotar, never once mentioned the name “Donald”. He spoke about the PPP and the great leader Bharrat Jagdeo. 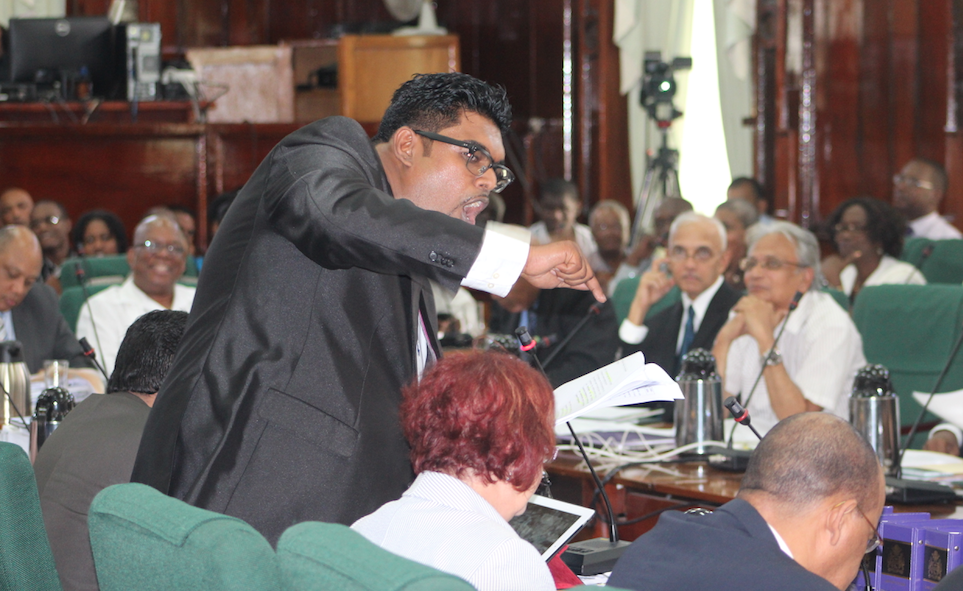 Donald was not in parliament and he was not missed, not even by his own party members.

At first, I thought this was just an oversight but the trend continued as 30 of the 32 speakers (including Jagdeo), rose to their feet and never mentioned the Donald Ramotar presidency, accomplishments of that Presidency or even offered the man a bit of thanks as the Head of their electoral list.

Donald appeared persona non grata in his own house. No Love was being shown for him. In contrast, the members jumped up and down and showered The Bharrat with so much praise, it would make one forget that they were kneeling before a man who as President oversaw some of the worst killings, drug runnings and victimization that Guyana has ever seen. This was no Prince of Peace, but his loyal followers certainly treated him that way.

Even The Great Gail told the press that The Bharrat is back and she knows that the government “frighten the man bad”.

As all of that was happening for an entire week and 30 speakers had nothing to say about their last president and the man who would have been president if they did not lose the elections, I wondered where was Donald.

Many mornings when I walk down Robb street, I would notice his big black land cruiser parked early in front of Freedom House. The Bharrat has one too, but he is never early for anything.

The ignoring of Donald Ramotar by his own party comrades during the budget debate confirmed that within the walls of Freedom House, there was still a house divided. That house started to show cracks just after Donald became President in 2011.

Jagdeo would still walk in to Office of the President with as many security and cars waiting as the new President and he would give out instructions to everyone as The Donald would sit there and nod in agreement even if there was nothing for him to agree.

That continued for the past three years as Jagdeo traveled abroad claiming to represent Guyana at meetings for the government although he had no confirmed government role. Jagdeo never left office. He merely had a time-keeper in place.

When the PPP government and the then opposition were having problems in 2014, Donald allowed Jagdeo from the background to dictate to him what he should and should not do. Many in the party did not like the approach but like a good girl guides battalion, they sat and kept quiet with cookies in hand.

My friends in the PPP said Jagdeo wanted fresh elections because he thought that even as he stood in the background, Donald was not listening.

The elections date was set, Donald was chosen as Presidential Candidate with Elisabeth Harper as Prime Minister Candidate and Uncle Sam sent into retirement. 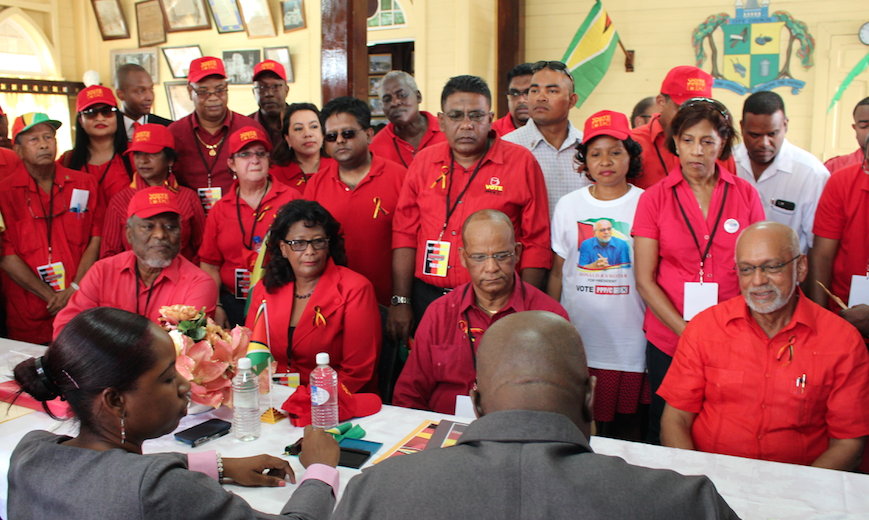 But lurking around the corridors of Freedom House was The Bharrat and he inserted himself daily and so it came as no surprise when his name appeared on the party’s list as a candidate. This was a regular candidate with extraordinary power and he threw it around much to the annoyance of some Donald loyalists including the younger Ramotar, Alexie, who felt that his father was being shoved into the shadows of Jagdeo.

That may have been the smartest thing to cross the mind of the younger Ramotar in all his life. He was right and many others shared his view but preferred the girl guides posture.

Throughout the campaign, Jagdeo asserted himself more. He called his own press conference, hired his own press relations’ team and courted members of the party to be at his side and make him opposition leader if they were to lose the elections.

The elections came and they lost and on one gloomy day on Robb Street, a beaten and tired Donald was beaten up further as the party unanimously chose Jagdeo over him to be their Leader of the Opposition.

Donald could not muster a single vote in the executive committee. The same people, who voted unanimously to make him their Presidential Candidate in 2011, were now against him and his way of doing business. To them, he was a failure and many of them whispered the feeling during their coffee chats outside of Freedom House.

Many in the PPP were not happy because although Donald did not win the elections, he led the party to its greatest elections vote gain since 1992. Every other year, the party’s votes were going down until this last May. Jagdeo took the credit and believes he was the one who did that.

The protests came and Jagdeo was always a no-show, even as Donald with badly written placard in hand joined his fellow party members for the short struggle against the elections.

But Jagdeo still wanted Donald to be part of the parliament. After all, he was the last Presidential Candidate and it would mark the first time that a former Presidential Candidate for a losing party in Guyana would not take up a seat in the parliament. Some of the same people who voted against Donald, now wanted him to sit with them but not at the head of the table, a little down after Rohee and Gail.

He would have none of it and decided against taking up that seat. His PM Candidate, Lis Harper, had psychic vision and knew what was coming and so she hurried away from the PPP because she thought they were a band of people without principles now being led by a man who would be opposing for opposing sake. 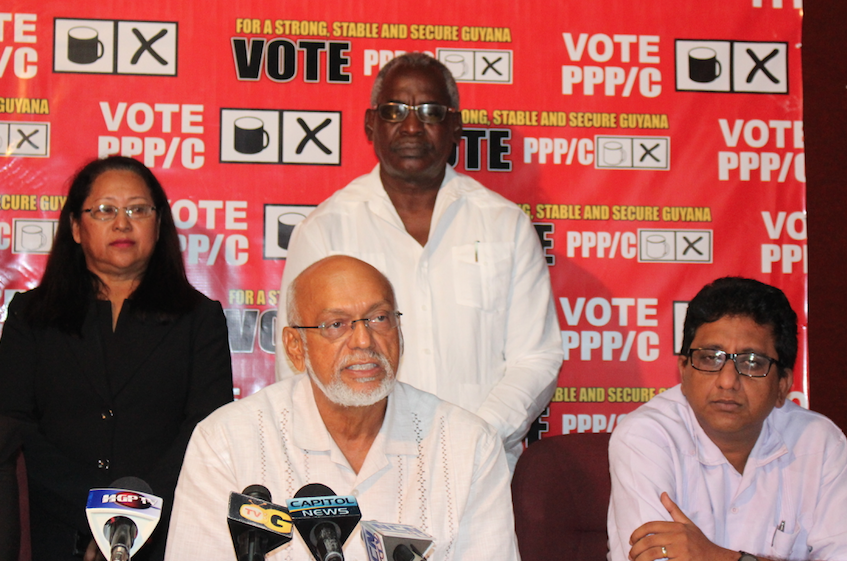 And so Donald found himself getting no love. He had already given up the General Secretary spot to Clement Rohee.

So although he remains in the PPP at the highest level, he was now a man without belonging. No longer President, no longer General Secretary and not good enough to be opposition leader.

During the 2011 campaign, it was Rupert Roopnarine who coined the “No Place for Donald” chant.

Donald was now, not only without a place, but also without any love.