The Guyana Bar Association on Monday issued a call for the President and the Opposition Leader to work to break the impasse over the appointment of a substantive Chancellor and Chief Justice.

In a statement, the GBA said the two leaders need to keep with the spirit and intent of the Constitution go get collaboration on the selection.

The appointment of the Chancellor and Chief Justice is governed by Article 127 of the Constitution of Guyana.

The Article stats that the Chancellor and the Chief Justice shall each be appointed by the President, acting after obtaining the agreement of the Leader of the Opposition

Opposition Leader Bharrat Jagdeo did not agree with the two choices and therefore did not offer any support for their appointments. He gave no reason for not offering support.

The Bar Association said Article 127(1) is clear in its meaning and effect, that the agreement of the Leader of the Opposition must be obtained for a substantive appointment of the Chancellor and Chief Justice. 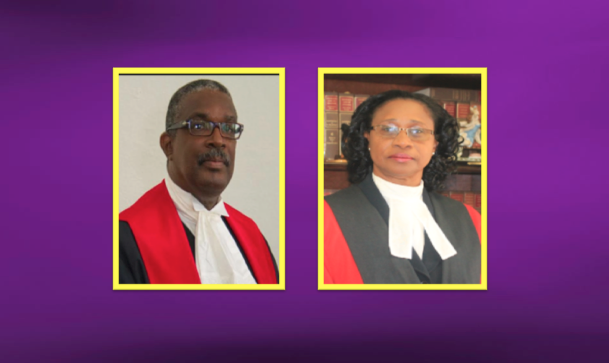 “This has been done and therefore Article 127(2) has been fulfilled and exhausted. It is only if any of the provisos in the said Article 127(2) occur can it be invoked once again, failing which, the acting appointments continue until a substantive appointment can be made under Article 127(1)”.

The Bar Association warns that any action outside of the said Article 127 would be unconstitutional, void, of no legal effect and would have embarrassing consequences.

President David Granger has said he intends to consult with his legal team on the way forward. The Opposition Leader has signaled his interest in meeting with the President on the issue.

The Bar Association said the current climate surrounding the offices of the Chancellor and Chief Justice “is repugnant and shakes the public confidence in the legal system. It further unfairly undermines the dignity of the offices and office holders”.

Guyana has not had a substantive Chancellor of the Judiciary in over 15 years.