During an interview with News Source, Leader of the group and longtime activist, Mark Benschop, shared his view that the Town Clerk, who was appointed by the Minister of Communities as is stipulated by law, should be removed from his post. King has been serving in that position since 2015. Amidst much controversy, local government group ‘Team Benschop’ is calling for the removal of Georgetown Town Clerk, Royston King and for the parking meters contract to be completely revoked.

During an interview with News Source, Leader of the group and longtime activist, Mark Benschop, shared his view that the Town Clerk, who was appointed by the Minister of Communities as is stipulated by law, should be removed from his post. King has been serving in that position since 2015.

Benschop justified this position by reasoning that over the last 20 years, conflicts between Mayors and Town Clerks have been observed, and he blames this on the fact that Town Clerk is an appointed official rather than an elected one.

He went on to name a few of these instances, citing the case involving former Georgetown Town Clerk Carol Sooba and then Mayor Hamilton Green.

“Imagine the Town Clerk is not an elected official and the Municipal and Districts Council Act gives the Town Clerk control of the city constabulary. The law gives the Town Clerk far more powers than any other city official including the Mayor. So that is where the problem is; you have an individual with so much power and they aren’t even elected” the Team Benschop leader said.

Factoring in that, and the fact that there have been several conflicts between King and street vendors and the controversial parking meter project of which he (King) plays an instrumental role, Benschop said his team wants the Town Clerk removed immediately.

“The Minister should revoke the appointment of the Town Clerk at this time” he said, adding that amendments should be made to the law to allow for the Town Clerk and the Mayor to be elected directed by the people.

While the Town Clerk is appointed by the Minister of Communities, the Mayor is elected by City Councilors who are elected by residents in their constituencies.

Benschop also added his voice to the list of persons who have been calling for an audit of City Hall.

“We’re also calling for a Commission of Inquiry (COI) into City Hall. This doesn’t have to do only with the parking meter contract. We want to know about the affairs of a public body which is making billions of dollars yet crying out broke” he said, noting that if people have to be fired, then that is what needs to happen.”

“There is too much corruption at City Hall and no one is being held accountable” he added.

Weighing in on the now-suspended metered parking system in Georgetown, Benschop called for a revocation of the contract between the City Council and Smart City Solutions (SCS) – the private company operating the parking meters.

Recollecting that Team Benchop had opposed the idea of having parking meters since the idea was birthed during the 2016 Local Government Elections (LGE) campaign, Benschop said his team asked the then Mayor and Town Clerk not to sign any contract for parking meters in the city. 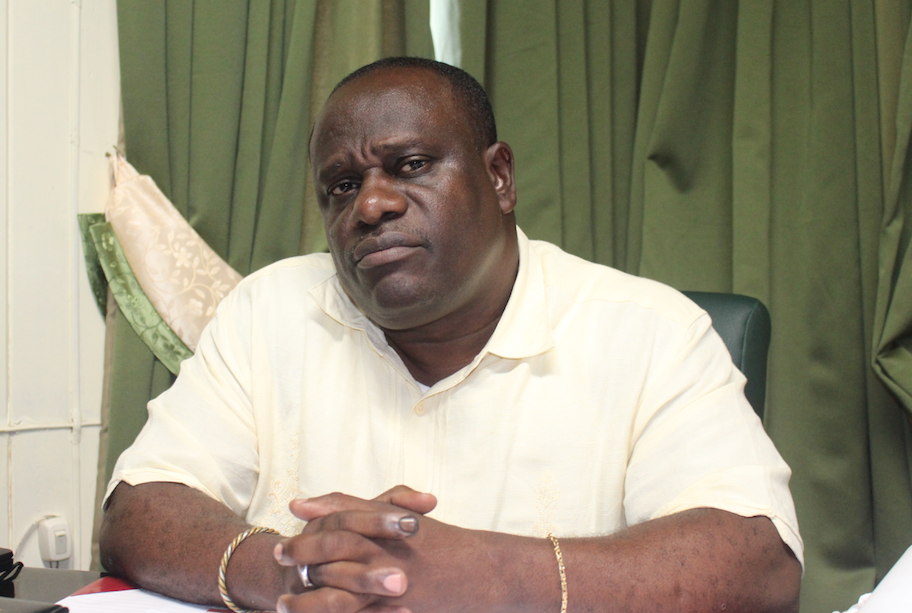 Having signed the contract and implemented the project, public pressure and executive orders then forced the Mayor and City Council to have the project temporarily halted. The by-laws were suspended to facilitate this halt in the continued implementation of the project.

Since this development, Georgetown Councilor Malcolm Ferriera has shared his belief that the government has no confidence in the City Council, since they (the executive) were the ones who approved the by-laws which they later asked the city council to suspend. Ferreira, who ran under Team Legacy for the LGE, also called for the council to be dissolved and fresh elections held.

But Benschop is of an opposing conviction.

He believes that intervention by the government is not an indication of the lack of confidence, and what really matters is whether the residents of Georgetown have lost confidence in the elected council.

“Whether the government is confident in City Hall is irrelevant to me. If you say the people of Georgetown have lost confidence in the Mayor, the Council and the Town Clerk, then I can understand that. It’s what the people think, not what the government thinks” he said.

Benschop also contended that dissolving the Council at this time would not make sense since local government elections are relatively expensive and central government is likely to say they do not have money to hold new elections.

The next Local Government Elections is scheduled to be held by 2019.