Four hundred and forty-four (444) teacherswere bestowed with an Associate Degree, with 83 endorsed in early childhood, 159 in primary education, 132 in secondary academic, 56 in secondary pre-school vocational and 14 in technical instruction. The Cyril Potter College of Education (CPCE) has added its latest batch of trained teachers into the education system. Five hundred and six (506) teachers graduated at the college’s 81stgraduation ceremony on Thursday at the National Cultural Centre under the theme “Quality Instructional Leaders: Empowering 21st Century Learners.”

Four hundred and forty-four (444) teacherswere bestowed with an Associate Degree, with 83 endorsed in early childhood, 159 in  primary education, 132 in secondary  academic,  56 in secondary pre-school vocational and 14 in technical instruction.

The remaining 62 teachers received a Trained Teachers’ Certificate. Of this number, 21 were trained in early childhood education, 37 in primary education and 4 in secondary academic.

Delivering the feature address, Registrar of the University of Guyana, Dr. Nigel Gravesande said that the graduation should be more than just the conferral of certificates and degrees to the graduates.  Gravesande said that the day should also be a reminder, of the inter-connective relationship involving CPCE, the student teachers and the Ministry of Education. He pointed out that it is through the support of the Government of Guyana that all the stakeholders are able to execute the day’s ceremonial rite of passage. “Through the support, our students have completed practice teaching in schools, across the country, across the regions and the small communities.” 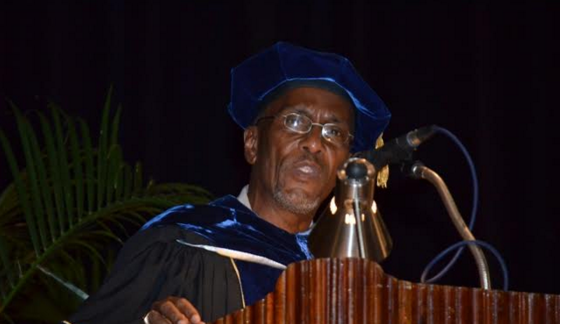 DrGravesande referred to a recent ELAC study which estimates that the cost to train one single teacher throughout a programme leading to a certificate and/or an associate degree in the region is US$8,000. “If I was to do my mathematics, the cost of your training at minimum would have cost the taxpayers of this country in excess of $590 million. You have to give back something,” Gravesande said.

It is also in this context that he urged the graduating batch to become agents of change in times of “economic, social, cultural and even spiritual turbulence. We all have the potential to act as a catalyst for growth, development and what is right,” he noted. “Celebrate this potential with us today,” he said, as he urged them forward.

During the period, September 2014 to August 2015, the college offered the one-year Associate Degree in Education (ADE) programme, the two-year ADE programme, the Trained Teacher’s Certificate (TTC) programme and the Teacher Upgrading Programme (TUP.) 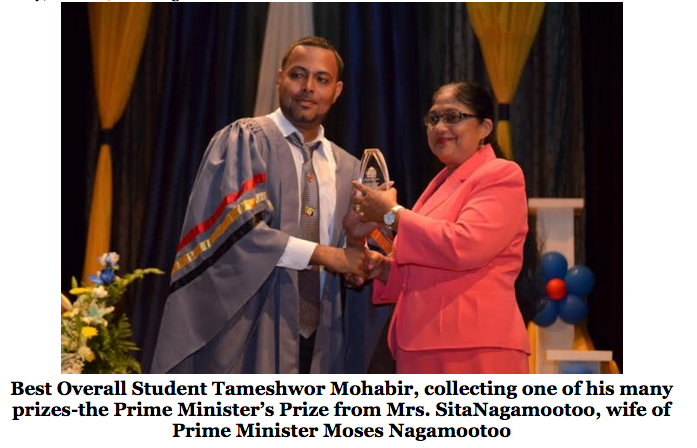 Addressing specifically the role of the college in contributing to local education system, Rowe said that the college continues to prepare students to respond to the changing need of learners and the education system.She said that whilst the institution is satisfied with its efforts in helping the student teachers to further develop their cognitive abilities, “we would like to register the need for us to have a deliberate focus on the affective domain of learning.”  Noting that this areaemphasises the value for self and others, empathy and tolerance, Rowe said that the college aims to, in this regard, better equip its students with the necessary skills that would enable them to “appreciate and demonstrate their professional and moral responsibilities towards the learners with whom they would have interacted and the wider society as a whole.”

She urged the graduands to strive to give their students even more than they would have received from their lecturers at the college. “You have earned the fundamental tools from your interaction…these experiences, in concert with the experiences you have gained from the content and the methodology courses you have accessed have placed you in a good position to go out there and be the best quality instructional leaders you could possibly be,” she urged.