Minister of State Joe Harmon told media operatives on Wednesday that the issue of crime took the forefront at the Tuesday meeting of Cabinet and the state has committed to utilising all assets to ensure that criminal activity is rooted out in the most vicious way. The government has released details of the new crime fighting strategy which was outlined by President David Granger in consultation with the Commissioner of Police and other security personnel during an urgent meeting on Tuesday.

The new strategy which is aimed directly at addressing violent and other criminal activity, includes plans to redeploy police ranks across the country and increase the police force’s access to the airways and waterways.

Minister of State Joe Harmon told media operatives on Wednesday that the issue of crime took the forefront at the Tuesday meeting of Cabinet and the state has committed to utilising all assets to ensure that criminal activity is rooted out in the most vicious way.

“All overt and covert operations will receive the full backing of the state. Criminals have no home in Guyana and we will go after them with every tool and asset of the state. The state will not sit idly by,” Harmon sternly warned.

The draft strategy to be fleshed out by Vice President and Prime Minister Moses Nagamootoo and Police Commissioner, Seelall Persaud along with the Guyana Defense Force will see an uptick in border control activities to tackle the issue of illegal firearms and the high incidents of gun crimes.

Harmon explained that Guyana shared large and porous borders with countries that produce small arms and as such this move was necessary.

The strategy also tackles police organisation and training and the redeployment of police ranks across the country. To this end Harmon said the focus is not on increasing the numbers of the force, at this time, but rather on ensuring that the man power of the force is effectively deployed to tackle the issue at hand. 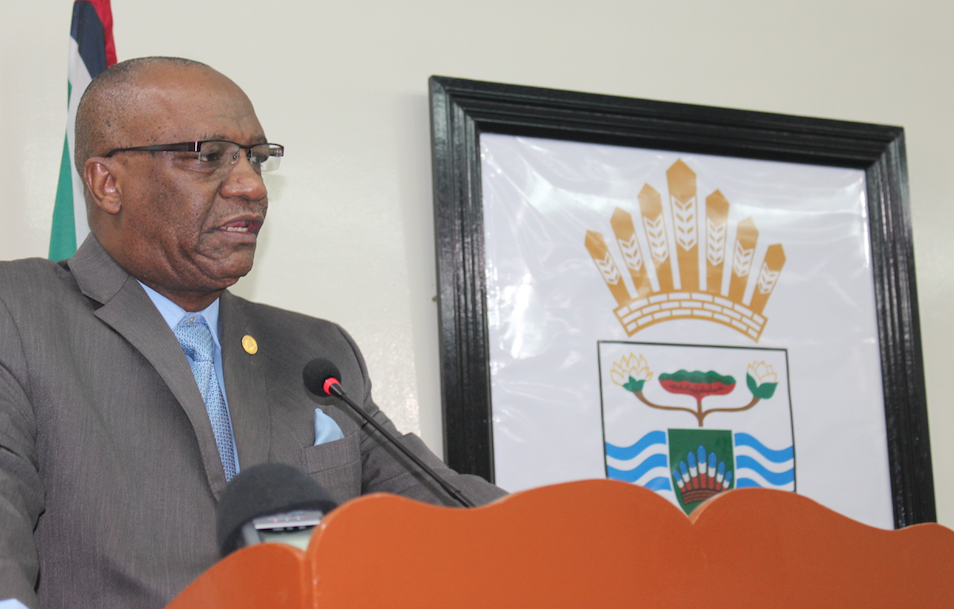 The President has also committed to improving the police’s ability to patrol the airspace with the use of helicopters and aircraft.

There are also plans to resuscitate the police marine wing to give them greater access to the country’s waterways and a better ability to fight piracy.

Harmon said the police commissioner has been instructed to ensure better use of animals including horses and dogs in its crime fighting efforts.

Plans are also afoot to improve the police communication and networking with the use of technology and the internet. The police force’s access to CCTV cameras will also be addressed.

“Wherever the intelligence leads we will go, there will be no sacred cows,” Harmon lamented as he insisted on the government’s tough stance against crime and criminals.

Harmon explained the government has the benefit of persons who have studied crime and criminology and are aware that criminals have a link. Those links he says will be dismantled as the government puts its best brains to deal with the matter condignly.