Speaking before what could be considered the largest crowd to have ever graced the Square of the Revolution, the Presidential and Prime Ministerial Candidates of the APNU+AFC coalition wrapped up their official campaigning on Saturday night with a call for vigilance and unity as Guyanese head to the polls on Monday.

Over 15,000 supporters gathered at the Square, located just across the road from the Office of the President, in an energy packed final rally.

Presidential Candidate David Granger told the supporters that the time to move forward is now.

He urged early voting and a high voter turn out as he revealed plans for an initiative to develop young Guyanese through business and education and also offered up a plan to create a special fund that will see the royalties from the natural resources sector being put back into community development.

Mr. Granger said that having travelled to every region of Guyana before and during the campaign, he is convinced that Guyanese are ready for change and ready to move forward. 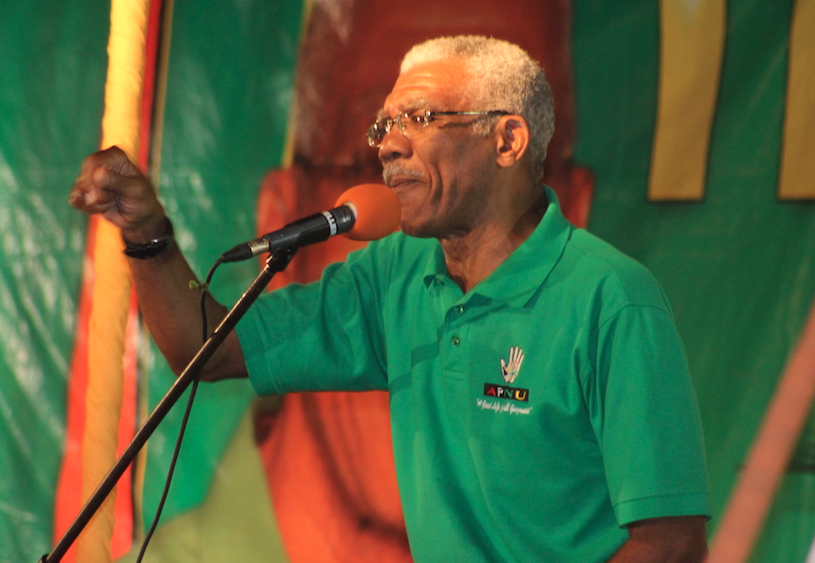 Granger told his supporters that it is time to “get a new President” when the President prorogues the parliament, says not to dialogue and refuses to meet with students of the University of Guyana.

He noted that a government under his watch will be people focused with Guyana’s youths topping its priority. He said an educated and safe Guyana is needed to ensure development and the coalition offers just that.

Mr. Granger said while a government of the APNU+AFC will continue to support foreign investment, it will also create a level playing field for local investors who are committed to the development of Guyana.

Prime Ministerial Candidate, Moses Nagamootoo said he is confident that the APNU+AFC will walk away with a larger majority at the Monday elections.

He noted that throughout the length and breath of Guyana, there is a movement for change. Nagamootoo said supporters must get out early, vote for the coalition and remain vigilant on elections day.

“We will never again mention the name of Jagdeo because Jagdeo is bad for Guyana, bad for politics and we shall leave him aside”. He said Guyana does not need another Donald Ramotar presidency. 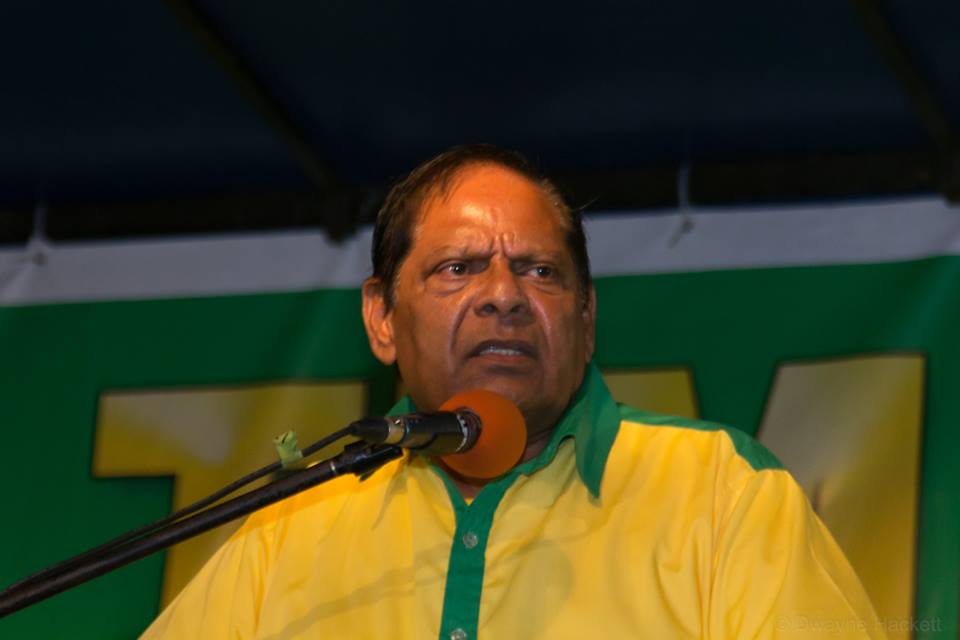 Nagamootoo declared that he is seeing the journey for unity and constitutional change and a government of integrity coming to an end as Guyanese head to the polls. He said an APNU+AFC government will be one that will form a partnership between the state, the private sector and the trades union movement.

He said an APNU+AFC administration will not close down the sugar industry but will ensure it develops, while giving sugar lands no longer in use, to the “hard working sugar workers”.

The rally featured several other speakers and a fusion of cultural items along with songs of unity and togetherness.

The coalition urged the supporters to get up early and vote for change on Monday.