Leader of the Opposition David Granger believes it is time that Guyana gets to the bottom of the human trafficking scourge that continues to haunt the country.

The Opposition parties in Parliament have used their majority to push the Government to set up a Special Commission of inquiry to investigate cases of trafficking in persons, make recommendations and find new ways to tackle the old problem.

On Wednesday, Granger moved a motion for the setting up of the Commission and told the National Assembly that “the motion is one about humanity, our children and the future of our country”. The Opposition Leader said it must be realised that trafficking in persons is a form of modern-day slavery. He added that it is also a crime against women and children.

During his presentation, the former Commander of the Guyana Defence Force said that denial of the existence of Trafficking in Persons in Guyana makes matters worse.

He said Guyana and the Government cannot pretend that the problem is non-existent adding that “unfortunately it’s a crime which has been beset by a denial syndrome.”

He added that there are individuals who like to say there is no problem, as he recalled that Government officials have in the past denied reports from the US State Department which place Guyana’s Trafficking in Persons situation on Tier 2.

“There is a syndrome of dodging the problem and pretending that the persons who are being trafficked have voluntary entered into a state of prostitution”, he said. Mr. Granger also pointed out that the state is responsible for protecting those persons. He hopes that the mounting of a Commission of Inquiry will contribute towards bringing an end to “this brutal trafficking”. 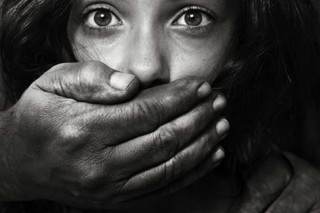 Minister of Human Services Jennifer Webster in her contribution to the debate on the motion said the Government has been making efforts to tackle the problem. The Minister noted that over the past few years, a National Task Force to combat trafficking in persons has been set up and has been working to address many of the complaints and reported cases.

Similar views were shared by Member of Parliament and former Human Services Minister Bibi Shadick who told the National Assembly that not all cases were related to prostitution, she said “that undetermined numbers of persons, have been trafficked, kept in involuntary servitude and required to perform forced labour, particularly in the hinterland regions of Guyana, but also elsewhere.”

The United States has flagged Guyana as a country where trafficking in persons exist and the U.S State Department has criticised the Guyana Government for not doing enough to effectively tackle the problem. In its last report on human trafficking, U.S Authorities said while there were efforts to address the problem, not enough was being done. The report pointed to the low arrest and conviction rate of persons suspected to be involved in human trafficking.

For this year already, a number of persons have appeared before the courts charged in cases of human trafficking. The problem is mostly found in the interior mining districts where young girls and women would be taken to work as prostitutes and provide sexual favours to miners.