When the Princess Hotel Chain bought the Buddy’s Hotel less than five years ago, the company promised that it was going add some class and family entertainment to the hotel facilities. The company is now keeping that promised and has opened a multi million dollar entertainment centre at the hotel for the entire family.

On Friday, the hotel officially opened its “Kid’s City” games arcade and the Princess movie theatres. The games arcade is geared for the young and the young at heart with over one hundred arcade games spread across a section of the hotel.

Walking into the Kids’s City takes you away from the regular gaming consoles and arcade rides and introduces you to the very latest in children’s entertainment. Most games and rides cost $100 and scores of children and their parents have been flocking to the new facility even before its official opening.

The Princess Hotel also now boasts two modern 93-seat movie theatres which feature the latest Hollywood and Bollywood flicks on digital screens. There is also a much smaller 7-D highly digital theatre which gives patron’s the experience of being in the movie and the games that are being offered. 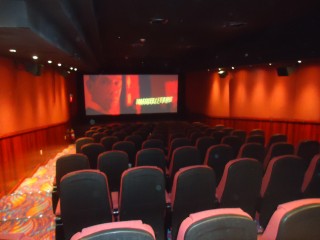 General Manager at the Princess Hotel Muharrem Kulekci said the hotel is keeping its promise to revolutionise the entertainment offering in Guyana while keeping everything family oriented. In an interview with News Source, the General Manager said the company was “more than happy” to be adding a touch of class to the entire hotel experience.

The arcade and movie theatres are open every day of the week and he explained that the company really wanted to create a fun environment. “At the Princess Hotel, we will continue to provide community services to Guyana and the Guyanese people because we feel like we are apart of the community”, Kulekchi said.

When the Turkish Hotel Chain took over the Guyana hotel four years ago, the General Manager said there were many challenges. He said occupancy was very low and there was the need to remodel almost everything at the hotel and add a whole lot of modern amenities. He noted that the company has different types of projects and the kids arcade is just one of them.

According to the General Manager, “we have done arcades before in different countries and we just thought that Guyana is a strong market and needs a place like this and so we opened the arcade business and the cinema in addition to our new night club”. 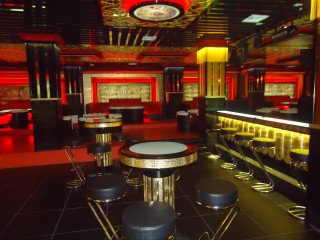 Club Next is located just above the Princess Casino and is a modern European influenced night club that offers the best in music, drinks and cocktails and first class environment. The Club is also open every day of the week. Admission to the night club is always free unless there is a special event and the bar staff has been specially trained in drink mixing.

The Hotel has also recently redesigned its large pool and poolside. Over the past three years, several major entertainment events including pageants and international boxing have been hosted at the poolside.

The General Manager said “everyone is happy with the services from our hotel. Occupancy is very high and the other departments and operations including the casino are doing extremely well also and we are very happy about that.”

The Princess Hotel is located at Providence on the East Bank of Demerara, just next door to the Guyana National Stadium.