At a Monday morning press conference, GTT Chief Executive Officer, Justin Nedd, said his company did not file any legal action in the matter but had been playing close attention and communicating with regulatory bodies on both sides. With Digicel Guyana facing some data connectivity issues since the Surinamese authorities discontinued an unauthorized bypass connection with Digicel Suriname, local telecommunications provider, GTT is assuring that it has the capacity to accommodate the Digicel data needs. ‘

The Government of Guyana did not act on the GTT complaint.

At a Monday morning press conference, GTT Chief Executive Officer, Justin Nedd, said his company did not file any legal action in the matter but had been paying close attention.

He said in the past, GTT’s network has been able to accommodate customers from other companies outside of Guyana when they faced issues, so there is no doubt that the capacity exists.

The GTT CEO once again said his company looks forward to complete “regulation” of the sector since when that happens, providers will have to all play by the same rules. 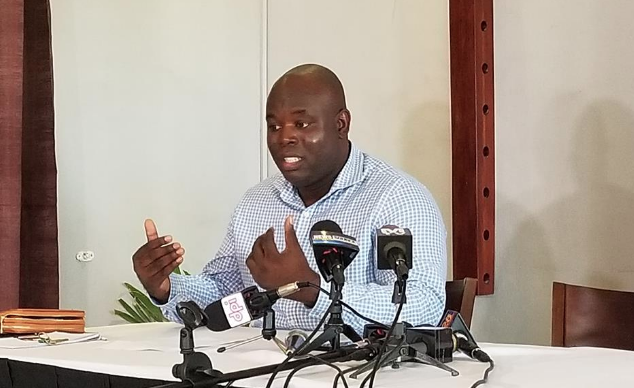 He said the sector has been liberalised in practice for several years and “we continue to work with the Government of Guyana to finalise the direction of the telecommunication industry. Ulitmately we believe this is in the best interest of Guyana’s consumers”.

Mr. Nedd said GTT will continue to work with Digicel to supply the data that it may need, adding that it is a work in progress, but he noted that he is confident that his company has the capacity.

The Government has been pushing for full liberalisation of the telecommunications sector by the end of this year. It has not provided any recent update on that timeline and the GTT CEO said he is optimistic that the timeline could be reached.