Guyana teams up with OAS to address Cyber Security issues

A two-day sensitization workshop on National Cyber Security opened on Wednesday morning at the Pegasus Hotel with Minister of Public Security, Khemraj Ramjattan assuring that the government has no plans or intention to drag any company or organisation into a net for any type of control. Guyana is moving to seriously address cyber security breaches and the government is focusing more on developing strong responses to tackle cyber crimes.

A two-day sensitization workshop on National Cyber Security opened on Wednesday morning at the Pegasus Hotel with Minister of Public Security, Khemraj Ramjattan assuring that the government has no plans or intention to drag any company or organisation into a net for any type of control.

He told the opening of the workshop that the cyber threats are real and Guyana needs to step up its handling of those threats.

Guyana already has in place a “Computer Incident Response Team”, which is tasked with addressing any incident that may involve attempts or successful unauthorized access, disclosure, or  misuse of computing systems, data or networks.

The team is a national one which falls under the Ministry of Public Security. Ramjattan said the government is serious about strengthening cyber security especially as more and more Guyanese are leaning towards depending on the internet for business and personal information.

He however noted that there is the need for bilateral help with other nations to assist Guyana in the area of training and human resource development for the unit.

Over $900 Million has been budgeted in this year’s budget to support the E-Governance project.

A recent study found that Guyana faced serious hurdles in tackling cyber crime. Over the past few years, there has been a number of hacking of websites including government websites, and attempts to commit fraud using the internet. 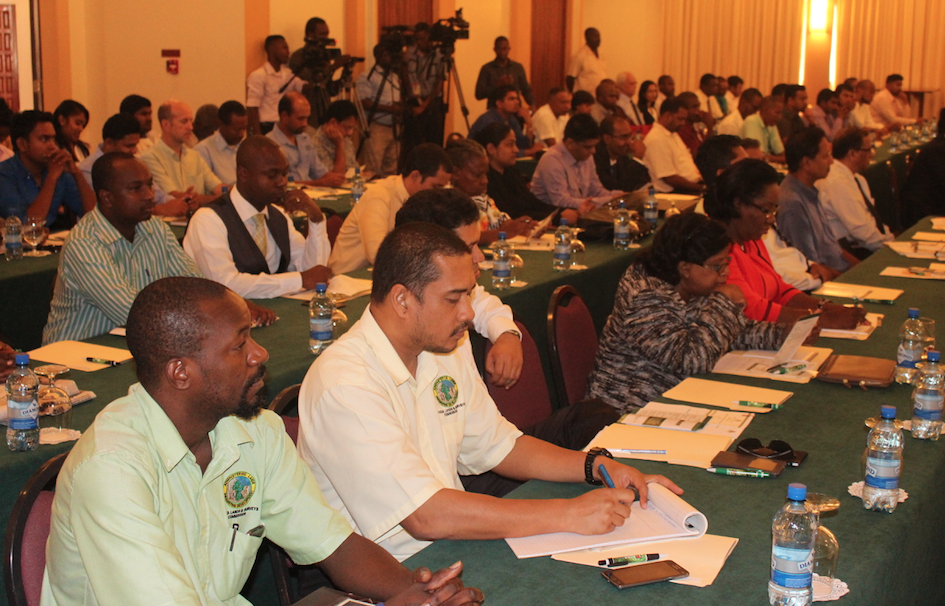 The Head of Guyana’s National Computer Incident Response Team, Sandra Khan, encouraged the private sector to get on board with the unit in this area. She noted that past efforts to get private sector involvement have been a dismal failure, but she is optimistic that could change.

She explained that the unit has supported the Guyana Police Force in the past with the investigation of cyber crimes.

A massive public relations drive is expected to be launched to update citizens on the unit’s work and to get them onboard. Information could be channeled to the website of the Guyana National Computer Intelligence Response Team at www.cirt.gy

The representative of the Organisation of American States in Guyana, Jean Ricot Dormeus, said the OAS was pleased to support Guyana with its step in the direction of cyber security. The Justice Department of the United States has also been playing a lead role with regard to the training of personnel.