The two appeared in Barbados' District A Magistrates court where the charges were read to them and they were not granted any bail. Thirty-nine year old Guyanese national, Neville Hillary Phagu has been charged and remanded to prison in connection with an over 250 pound cocaine bust in Barbados last week.

The Guyanese man who reportedly lives in Barbados was jointly charged along with Barbadian national, Harrington Callender.

The two appeared in Barbados’ District A Magistrates court where the charges were read to them and they were not granted any bail.

The two were arrested last week during an early morning operation in the bajan parish of St. Michael.

Barbadian police officials revealed that the cocaine carried a value of over US$3 Million. The men were also found in the possession of a large amount of marijuana valued at just over US$150,000. 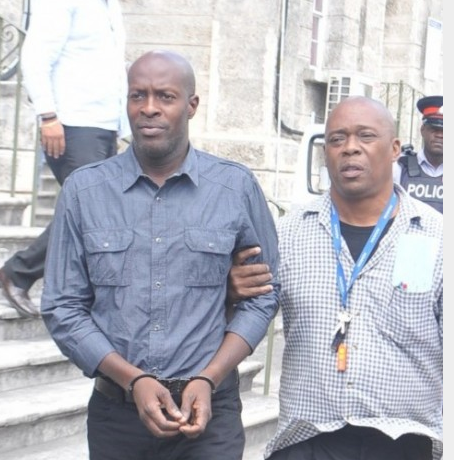 A boat was also seized during the operation. It is believed that the boat may have been used to ferry the drugs into the island. It is unclear where the origin might have been.

There have been a number of other drug busts in Barbados over the past two years with connections to Guyana.  (Photos from BarbadosToday)