Maintenance work at the Demerara Harbour Bridge was halted on Saturday midday when a worker attached to the bridge fell overboard and drowned after the tug that he was standing on, flipped over.

The dead man has been identified as 57-year-old, Seepersaud Roopchand, who was a Tug Operator attached to the Demerara Harbour Bridge (DHB).

The man’s lifeless body was pulled from the Demerara River and CPR was administered but he was later pronounced dead at the Diamond Diagnostic Centre.

According to a release from the Demerara Harbour Bridge, “at approximately 11:40 a.m., a DHB Engineer observed that the tug “Rickford L” was capsized and that Mr. Roopchand was being swept downstream. The DHB’s maintenance boat, which is equipped with safety equipment, was immediately mobilized for the rescue of the West Bank Demerara resident”. 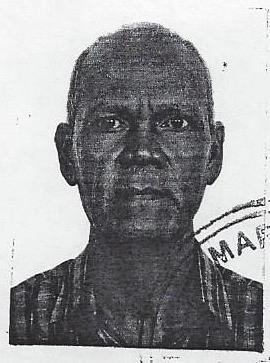 The release added that “Mr. Roopchand’s body was retrieved some 200 to 300 meters downstream of the bridge. CPR was immediately administered by fellow workers but their efforts were unsuccessful”

The Demerara Harbour Bridge has mounted an internal investigation into the matter. The Maritime Administration Department (MARAD) and the Police were notified of the incident and are conducting independent investigations.

Mr. Roopchand was a licensed boat operator with the Demerara Harbour Bridge since July 25, 2013, and according to the management at the bridge, he was an experienced captain. He has left to mourn his wife, and one child.

4 Responses to "Harbour Bridge worker killed as tug flips over"