Hughes, Fields and Stoby Law Firm defends its integrity in wake of conflict of interest claims over role in oil and gas sector

In its statement, signed by senior partners, Attorney Nigel Hughes and Senior Counsel Andrew Pollard, the law firm said it was never contacted on the issue and had any investigation been done, several issues would have been cleared up. Two weeks after launching the opening of its law firm in Houston, Texas to work along with companies looking to invest in Guyana’s oil and gas sector, the Hughes, Fields and Stoby Law Firm has found itself in defence mode.

The company issued a statement this morning in response to a front page story in today’s Stabroek News titled “Transparency body sees “major” conflict of Interest of Hugheses role over oil.”

The story quotes of the head of Transparency Institute Guyana Incorporated, Dr. Troy Thomas expressing concern about a conflict of interest because of the links between Government Minister, Cathy Hughes and the Hughes Fields and Stoby Law Firm.

Minister Hughes, who is responsible for Public Telecommunications, is married to Attorney Nigel Hughes who is a senior partner of the law firm.

In its statement, signed by senior partners, Attorney Nigel Hughes and Senior Counsel Andrew Pollard, the law firm said it was never contacted on the issue and had any investigation been done, several issues would have been cleared up.

According to the firm, the Minister did declare her interests to the Cabinet on the issue of the relationship between the firm and herself.

Additionally, according to the company, Minister Hughes “has sought independent legal advice on this matter and that a mere inquiry would have disclosed this information and perhaps may have made its way into the headline article in today’s edition of the Stabroek News.”

The article, according to Hughes, Fields and Stoby, sought to lay emphasis on the fact that the firm had announced that it would be performing the role of legislative watch dog. 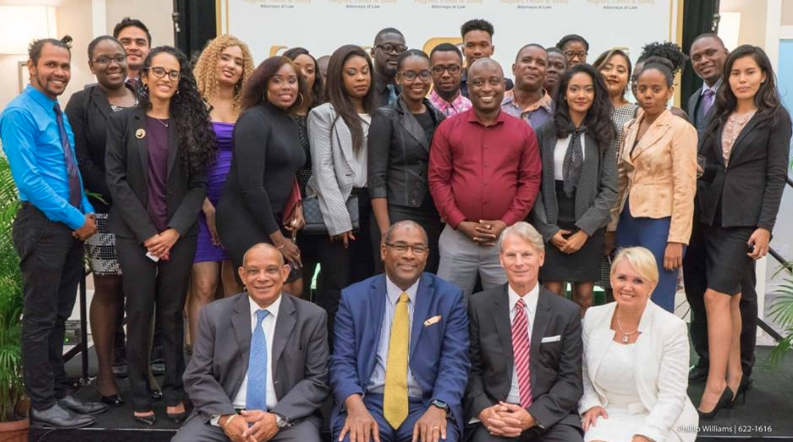 The bill on the establishment of the Petroleum Commission and local content are cases in point, it said.

“The current Government is no exception to this practice and as a matter of fact several persons have severely criticized  both of these proposals in the press and elsewhere long before they have become law or policy.”

The company said like every other private organization, it will have access to the process without any special privileges.

The firm said its representation of major players in the industry preceded the Minister’s appointment to Cabinet as Minister of Tourism and now Minister of Public Telecommunication and it does not and have not placed its integrity as the basis for any special consideration for favourable or other consideration “in the event of a conflict whether by TIGI, Stabroek or any other body”.

“We have been open, transparent and clear in the expression of our intentions here and in Houston. We did not seek to hide the establishment of our Houston office without any local announcement”.