Under the previous PPP government, Fedders Lloyd had failed to secure the contract to construct the hospital. It was awarded to another Indian company, Surrendra Engineering but the PPP government was later forced to cancel that contract after allegations of impropriety and fraud were leveled against the contractor. Opposition Leader Bharrat Jagdeo on Saturday spared no words as he accused the government of massive corruption with the recent signing of a Memorandum of Understanding (MOU) with Indian company, Fedders Lloyd that will see works restarting on the construction of the Specialty Hospital.

The former President said the signing of the MOU lacks transparency and raises several questions.

“There is no transparency, particularly with Ramjattan’s role with this company,” he declared.

The government has also come in for criticism from the Transparency group for not re-tendering the project.

Under the previous PPP government, Fedders Lloyd had failed to secure the contract to construct the hospital. It was awarded to another Indian company, Surrendra Engineering but the PPP government was later forced to cancel that contract after allegations of impropriety and fraud were leveled against the contractor.

The APNU+AFC government has said that since Fedders Lloyd was in fact the second lowest bidder during the previous tendering process, there was no need to re-tender.

But Jagdeo has challenged the government to release the evaluation report that shows Fedders Lloyd as the second rank bidder.

He believes making this report public will disclose the “government’s lies”.

Jagdeo says the report will show that Fedders Lloyd was in fact disqualified in the last tendering process.

He accused the government of playing politics with the issues.

The APNU and AFC while in opposition had voted against the project in the National Assembly. When it took office in May this year, it had proposed a redirecting of the funds given to Guyana by the Indian Government for the construction of the hospital to be used to develop primary health care facilities. 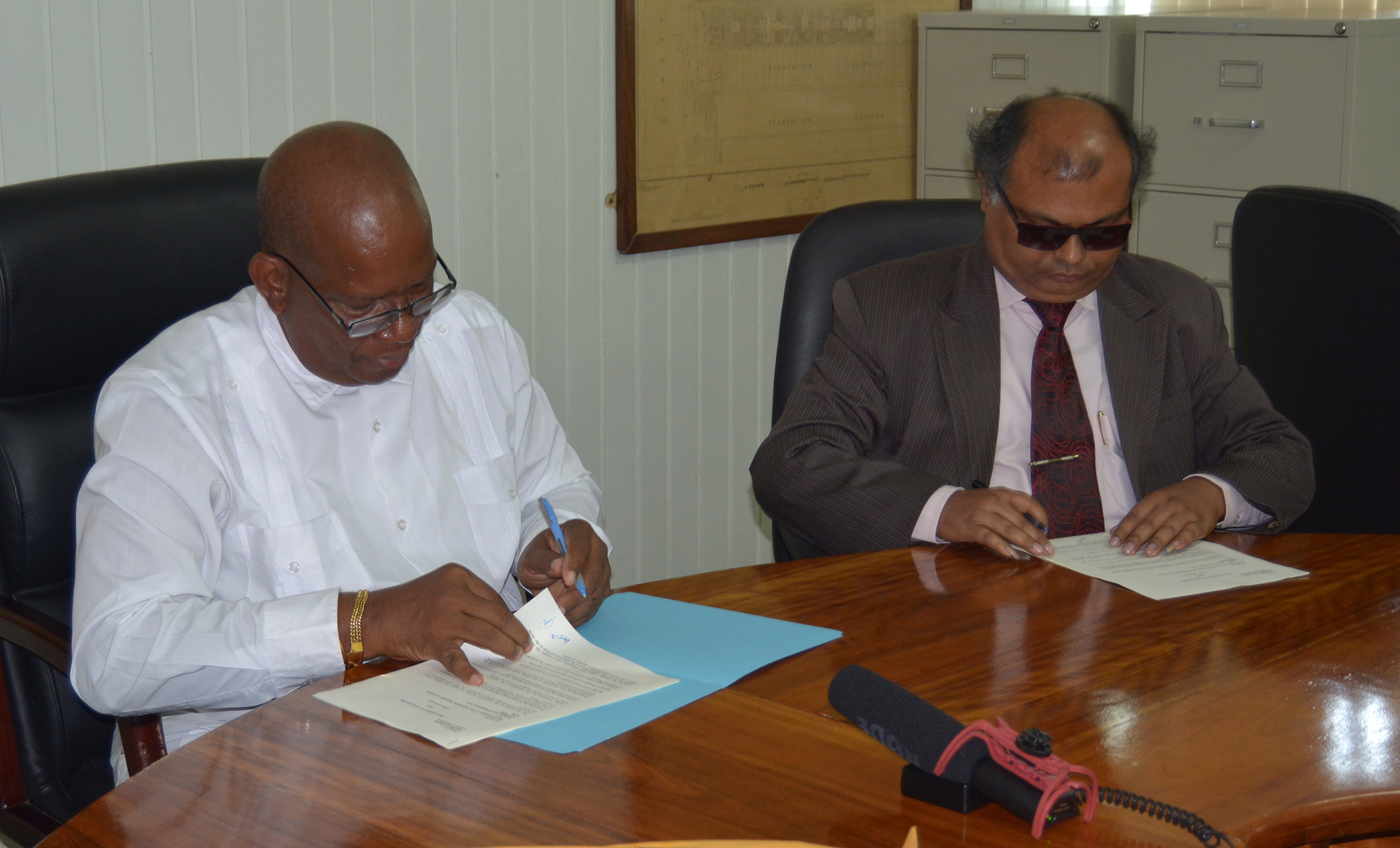 But following engagements with the Indian Government, the government announced it will be able to still go ahead with the specialty hospital and still have money to upgrade primary health care.

Jagdeo is arguing that is nothing new but was always possible through the US$50 million line of credit that was secured under the PPP administration. “So when the government says now that they can’t cancel this project because the Indian government says have there is money to do a few other projects including this one, is a fallacy. We always had money to do other hospitals.”

Jagdeo is also opposed to Fedders Lloyd, under the MOU, beginning work immediately as it relates to carrying out a review of the works already started on the Specialty Hospital, conclude a design of the Hospital that is acceptable to the government and commit to fully equip the facility on completion of its construction.