According to a statement from the Ministry of Finance, Fedders Lloyd in entering this MOU with the Government of Guyana (GOG) will review the works already started on the Specialty Hospital, conclude a design of the Hospital that is acceptable to the government and commit to fully equip the facility on completion of its construction. The Government of Guyana has signed a a Memorandum of Understanding (MOU) with the Indian company, Fedders Lloyd, that will see works restarting on the construction of the Specialty Hospital.

According to a statement from the Ministry of Finance, Fedders Lloyd in entering this MOU with the Government of Guyana (GOG) will review the works already started on the Specialty Hospital, conclude a design of the Hospital that is acceptable to the government and commit to fully equip the facility on completion of its construction.

The statement said that as part of the MOU, Fedders Lloyd also undertakes to commence work on the facility immediately.

Work on the Specialty Hospital was halted under the previous government after allegations of impropriety and fraud were leveled against the contractor who won the bid for its construction in 2012.

That contract was terminated and the PPP government proceeded to Court to seek remedies. The Court ruled in favour of Government and the construction of the facility came to a standstill. The future of the Line of Credit (LOC) was threatened. 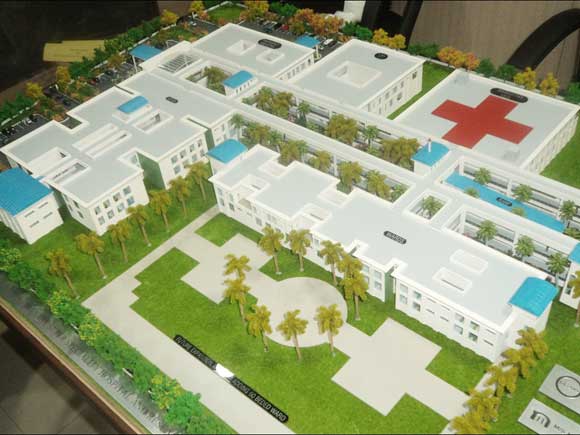 According to the Finance Ministry, “following the APNU+AFC government’s accession to office, it reviewed the project and concluded that since there was no existing contract that could be enforced, it was impractical to continue to keep the LOC in its existing form, especially since it was attracting commitment fees”.

It said Government requested EXIM Bank of India to cancel the Line of Credit for the Specialty Hospital and to reallocate the balance of funds to a project to modernize three Primary Healthcare Facilities.

However, the Government of India (GOI) in its response, while indicating its no objection and support for the modernization of Primary Healthcare Facilities suggested that GOG should consider salvaging the Specialty Hospital, as it will complement primary healthcare facilities in Guyana.

Following that suggestion by the Indian government, the Guyana government “having examined the merits of the proposal began searching for a willing partner to complete the Specialty Hospital using the remainder of the LOC.”

“In the interest of time, Government approached Fedders Lloyd – one of the original bidders –to explore the possibility of them completing the project. Fedders Lloyd expressed continued interest and was prepared to complete and fully equip the facility”, the release stated.

Finance Minister Winston Jordan signed the agreement on behalf of the government and said the signing of the MOU represents a tangible expression of Fedders Lloyd interest and commitment to move the project forward.” 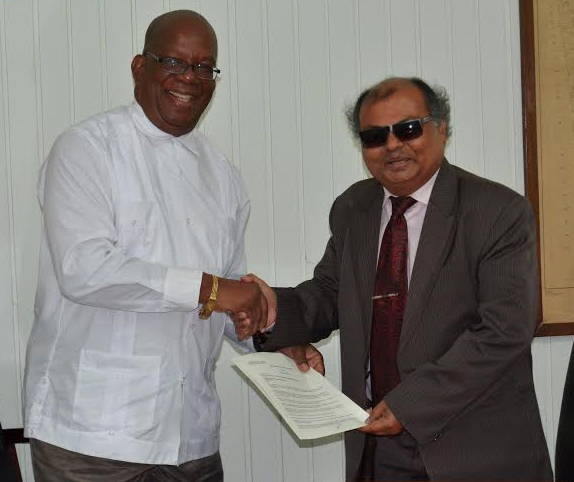 He added that, “The MOU is also testament to Government’s commitment to advancing health care delivery in Guyana” and he restated the Government of India’s approval of an additional LOC for the upgrade and modernizing of Suddie and Bartica hospitals and the West Demerara Regional Hospital.

Signing on behalf of Fedders Lloyd was Mr. Ajay Jha who thanked the GOG for the opportunity to work on the project, but more especially, to work in Guyana.

He further remarked that, “the Specialty hospital will be a model not only for Guyana but the rest of the Caribbean.”

The Specialty Hospital is intended to cater for high risk surgeries and other health care demands. During its time in opposition, the APNU and AFC had voted down taxpayers funds for the project over several concerns.

The then PPP  government had accused the two parties of playing politics with a major project.