Jagdeo admits that attacks on PM Nagamootoo are for “personal enjoyment”

Prime Minister Moses Nagamootoo was a member of the PPP for over 50 years before he left the party and joined the Alliance for Change which teamed up with A Partnership for National Unity and successfully ousted the PPP from government in 2015. The People’s Progressive Party and Opposition Leader, Bharrat Jagdeo have been relentless in their attacks on and criticism of Prime Minister Moses Nagamootoo.

The Opposition Leader uses just about every media opportunity to lash out at Nagamootoo as a Prime Minister with very little responsibility.

At a press briefing at Freedom House last Wednesday, Mr. Jagdeo once again made the claim that Prime Minister Nagamootoo merely has a desk at the Ministry of the Presidency with little or no responsibility outside of the state media.

“All the things that he told people he would be on the campaign trail, he is not”, Jagdeo said of Nagamootoo.

The Ministry of the Presidency and the Prime Minister himself have consistently denied the allegations from Jagdeo and the PPP. The Prime Minister also holds the portfolio for Governance, Parliamentary Affairs, Constitutional Reform and co-chairs Cabinet.

But the Opposition Leader is not impressed by that and explained that under the PPP, its Prime Minister, Samuel Hinds, had “real responsibilities” while the Prime Minister under the coalition government has found himself “singing for his supper”

Prime Minister Moses Nagamootoo was a member of the PPP for over 50 years before he left the party and joined the Alliance for Change which teamed up with A Partnership for National Unity and successfully ousted the PPP from government in 2015. 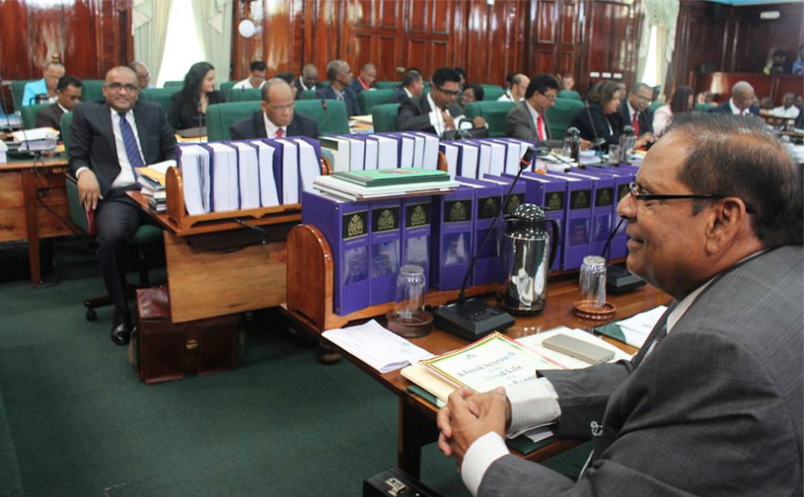 Asked if Nagamootoo’s move and the APNU+AFC’s win at the last elections are the real reasons for the singling out of the Prime Minister for attacks, Mr. Jagdeo explained it is more an issue of personal enjoyment for him.

“If you listen to him, you would think that he is the most powerful man in the country, but he doesn’t have a portfolio…I can’t help it and I enjoy pointing that out to him. So what might seem to you as hostility, I enjoy pointing out to him and I do so at every opportunity because he is pretending to be what he is not, I enjoy doing it and it is more of personal enjoyment for me”.