Morian has replaced Sharma Solomon as the Chairman of the Upper Demerara/Berbice administrative region. Solomon who was the Campaign Chairman for the APNU+AFC coalition in the region was not extracted from the list of regional candidates to serve on the council The new Region 10 Administrative Council was sworn into office this morning and immediately elected former APNU Member of Parliament, Renis Morian as the Chairman of Region 10.

Morian has replaced Sharma Solomon as the Chairman of the Upper Demerara/Berbice administrative region. Solomon who was the Campaign Chairman for the APNU+AFC coalition in the region was not extracted from the list of regional candidates to serve on the council

The Chairman is elected from among the councillors. The APNU+AFC holds 15 of the 18 council seats while the People’s Progressive Party copped three seats on the council at the May 11 elections.

In an interview with News Source just after being elected, Mr. Morian said his approach in the management of the Region will be an “integrated development approach” which will bring together all sectors and allow them to develop and meet their own benchmarks.

He said the Regional Council under his lead will also develop closer linkages with all of the national sectors to ensure the people of the region benefit in the long term.

Morian told News Source that the new Council will focus heavily on agriculture development since he believes that will be the future of the region’s development. He said Region 10 and Linden must start growing more to meet their own demands.

“As it is now, this Region imports close to 85% of what it consumes and we need to change that. If you give Region 10, $50 Million today, half of that will go back out to import food and agriculture products”, Morian said. 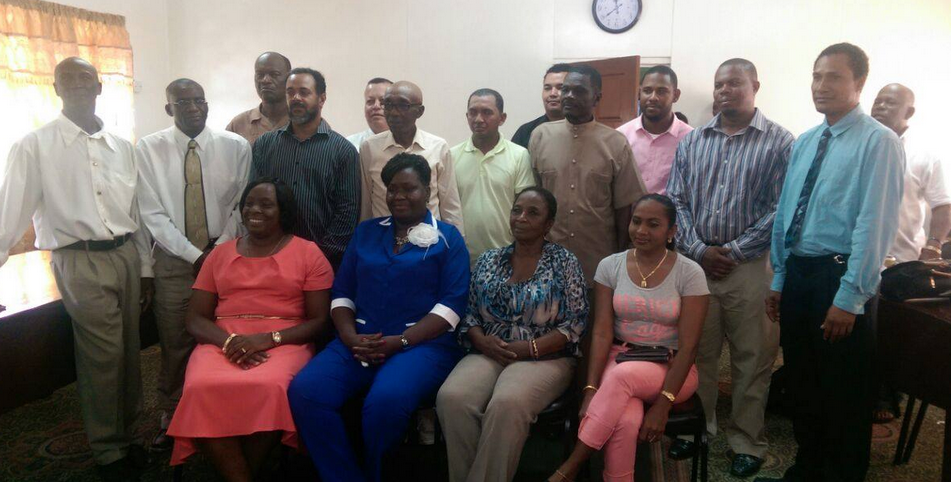 He also announced the establishment of a Regional Youth Authority which will be made up of seven young people who will take the lead in chartering youth programmes and policies for the region. Mr. Morian also pointed out that attention will be focused more on the rights of women and a home for women who may have suffered from abuse will be established to ensure they get counseling and all the help needed.

The new Region 10 Council will also seek to build a juvenile detention centre for those young people who may have run foul of the law. Morian said juveniles should not be housed with adults in the lock ups and therefore this is an area where the council will pay much attention.

The Council will also seek to strengthen ties with the major companies that operate in and around the Region in an effort to get them more involved in the community’s development.

Morian also plans to pay much more attention to teachers and nurses in the region. He said there are several dilapidated government houses  that will be rebuilt or rehablitated to accommodate those teachers and nurses in need.  Additionally, the new Council intends to push for better allowances for the nurses who receive a uniform allowance of $13,000 a year.

The newly elected Chairman said the council under his watch will also examine lands and properties in the region which are owned and controlled by National Industrial and Commercial Investments Limited (NICIL) which is a company owned by the Government of Guyana.

Renis Morian is a well known Pastor in the Linden area. He is the holder of a degree in Social Work and has completed Post Grad studies in Statistics and Management and Community Management through the London School of Accountancy and Business.