Poorly attended by Government MPs, Opposition Parliamentarians turned out in their numbers and demanded the resignation of the facilitator, British Fraud Expert and Advisor to the Special Organized Crime Unit (SOCU) Sam Sittlington. Drama unfolded Tuesday morning within the Parliamentary Chambers as an anti bribery and corruption forum organized for members of the National Assembly got underway.

Poorly attended by Government MPs, Opposition Parliamentarians turned out in their numbers and demanded the resignation of the facilitator, British Fraud Expert and Advisor to the Special Organized Crime Unit (SOCU) Sam Sittlington.

People’s Progressive Party backbencher, Harry Gill told Mr. Sittlington that he was not satisfied that he has taken the opposition MPs on a tour around the world, pointing out instances of corruption, when corruption existed right here in Guyana and more specifically, within the APNU+AFC government.

Gill urged the SOCU Adviser to either move to investigate the perceived and suspected instances of corruption within the government or resign.

Mr. Sittlington was defended by Prime Minister Moses Nagamootoo who criticized the Opposition for coming to the forum with a “clear motive” which he believes is to “lynch” the British Advisor.

He said the Opposition was acting as a “lynched gang with a clear intention.” A comment that was met with stern rejected by the opposition MPs.

“We all came here to learn and not to prosecute and what is happening is a prosecution of the advisor,” the PM added.

Mr. Sittlington in his own defense advised that SOCU can only investigate matters that are referred to the Police or cases referred by the Customs Anti-Narcotic Unit, the Financial Intelligence Unit or the Fraud Squad.

“You have turned a blind eye to reports of corruptions right here in the government,” Gill said as he referenced the rental of the Sussex Street drug bond and the construction of Durban Park.

Asked to justify the absence of an investigation in the two cases, Sittlington said none of those cases have been referred to SOCU and the Unit cannot go out on its own to conduct these investigations.

“I don’t have to justify it because I am an advisor… but none of the cases you mentioned were referred to SOCU or the Police Commissioner. As an investigator I welcome any case that comes to SOCU.” 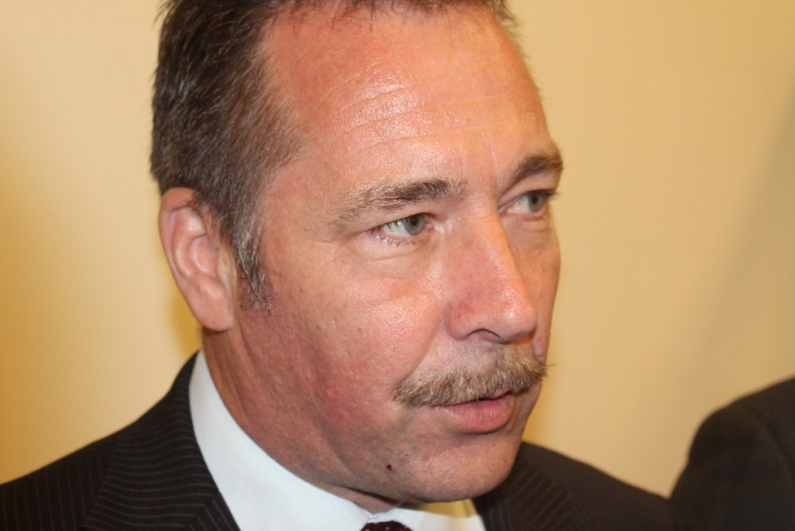 Sittlington asked the Opposition MP to take a look at his terms of reference, a request that was met with a request for him to resign as Gill pointed to the fact that he was employed by the state.

Gill reasoned that this posed a conflict of interest problem for investigating corruption by state actors and agencies.

Although Security Minister Khemraj Ramjattan attempted to put an end to the line of questioning, Opposition Chief Whip Gail Teixeira joined in the exchange to point out that Sittlington’s advice that matters must first be referred to SOCU before investigations can be conducted was false.

The Opposition Chief Whip said SOCU is its own authority and has the power to proceeded with investigations.

“Your answer of the process is flawed and irrelevant to law,” she told the British Expert.