Appearing on the Jump Start radio show on Tuesday morning, a confident Mark Benschop said he is convinced that his group has done more than enough work at the campaign level to ensure a landslide victory. Three days before Guyanese head to the polls to elect councillors to the various Local Government organs around the country, the Leader of Team Benschop, political activist Mark Benschop, is confident that his group could pull off a landslide victory in the City of Georgetown.

Team Benschop is only contesting in the Georgetown municipality.

Appearing on the Jump Start radio show on Tuesday morning, a confident Mark Benschop said he is convinced that his group has done more than enough work at the campaign level to ensure a landslide victory.

“We do believe that based on the reception we have been getting from residents in Georgetown, across the 15 constituencies, that we can pull this off but in the interim that we do not get that majority but we get the most votes, of course we might want a relationship with another party, but at this time, no one has approached us and we have not approached anyone. We have all been peeping at each other”, Benschop said.

Team Benschop has been pushing its Leader as the next Mayor of Georgetown although voters will instead choose Councillors and not a Mayor.  When those Councillors are elected, they will vote among themselves for the next Mayor of Georgetown. The party with the majority of seats on the City Council will be the party to have the greatest say in who becomes the next Chief Citizen.

Benschop, whose team is mixed many young and first time political candidates, believe that he has done enough over the years to prove that he cares for the city and its people.

He explained that a vote for any of the Team Benschop Candidates is a vote for him to become the next Mayor and citizens should come out and support his team. Mr. Besnchop assured that”Team Benschop will get in there and work for them, and they can trust me on my track record”. 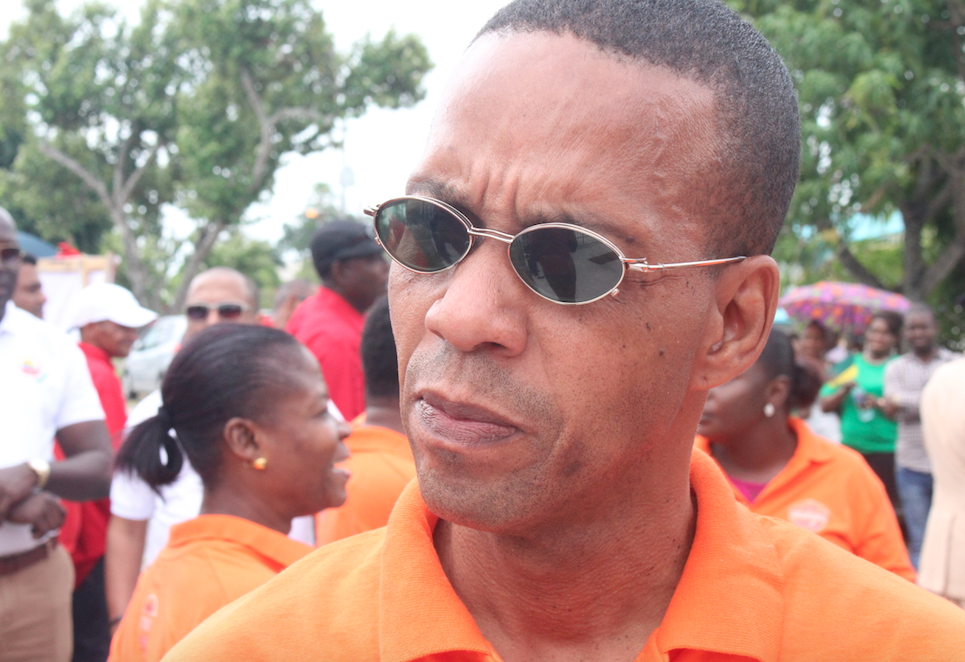 One of the other contesting groups in the City of Georgetown has raised the issue of Benschop running for a seat in the South Georgetown area (Constituency 14), while he currently residents in Constituency 1, which covers Alberttown, Queenstown and Kingston areas.

Benschop said his candidacy was approved by the Elections Commission and the other candidates need to focus on presenting plans and policies to the people rather than being emotional about the elections. He said he lived in South Georgetown for several years and has always worked closely with that community.

Benschop also reminded that late President Forbes Burnham once ran for a Council seat in a section of the city where he was not living.

“Many many years ago when we had local government elections in Georgetown, Mr. Burnham when he ran for a Councillor seat in Georgetown, he was not residing in the West area. He was residing in Constituency #2  and when he realized that D’Aguiar (late Leader of The United Force) was contesting in his constituency, he also observed that he would have been beaten by D’Aguiar in that constituency so he swiftly moved to another constituency. This is about Georgetown. We are all Georgetownians”, the Candidate said.

When Guyanese head to the local government polls on Friday, it will be the first time they are doing so in over two decades.