At a press conference, the songbird turned pageant queen told the media that the Miss World Pageant was royalty at its best and is something that she will never forget. Miss Guyana World Lisa Punch returned to local shores on Tuesday to a VIP welcome at the Cheddi Jagan International Airport, after winning the Miss World talent competition and placing 8th overall at the event with over 100 competitors.

Punch later met and had lunch with the Ministers of Tourism and Education and also received a plaque from City Mayor, Hamilton Green.

At a press conference, the songbird turned pageant queen told the media that the Miss World Pageant was royalty at its best and is something that she will never forget.

She said she was pleased and proud to have represented Guyana well at the international pageant. According to Punch, everyone was in love with her original song, “One Last Time”, which she sang at the show and won the talent segment. The song was written a few years ago as a tribute to a young cousin who she said was her biggest supporter and who died before her singing career took off. 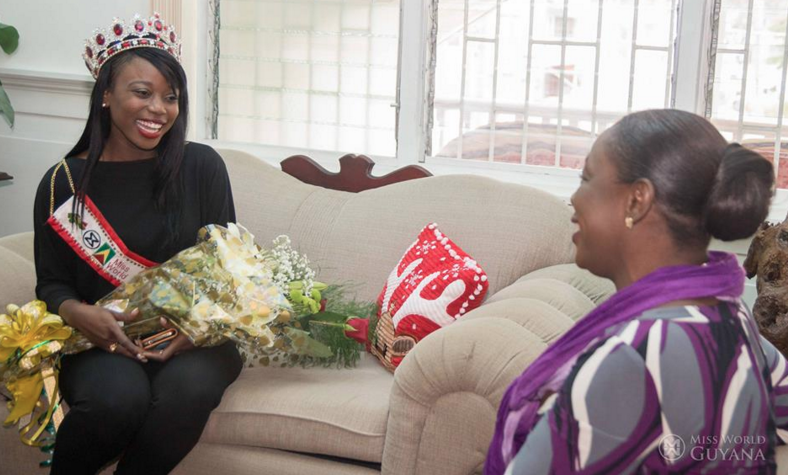 She said that many of the judges and audience members were moved to tears when she sang the song. The Miss World organisers were so impressed that she was asked to do two solo performances during the live televised finals of the event. The Miss World pageant was seen by more than 1 billion people worldwide.

Now that she is back in Guyana, she intends to continue to focus on her efforts to curb teenage suicide and intends to join forces with a number of local and international organisations to continue that work.