The CARICOM Secretary General noted that there is little doubt that the search for sustained economic growth and development is also foremost among those areas listed. The 28th Inter-sessional Meeting of the Heads of Government of the Caribbean Community (CARICOM) opened at the Marriott Hotel in Georgetown with Secretary-General of CARICOM – Ambassador Irwin LaRocque telling the gathering of Heads that the region is not delivering results as fast as it should in a number of areas.

Ambassador LaRocque listed Crime and Security as one area which has been affecting the region and he said that the issue is not just a national one but a regional one also.

Winning the battle in crime and security provides more opportunities for economic growth and development, Ambassador LaRocque stated, adding that once effectively addressed, it will also provide a boost for the tourism sector, which continues to drive economic growth in many member states.

Mr. LaRoque explained that the people of the Caribbean are looking to the grouping to provide a safe community and one that provides opportunities for social and economic progress.

“We have taken up that challenge but some of our best efforts have been taken by delays in our system”, he noted.

The agenda for the meeting is expected to address economic development, crime and security and international relations.

The CARICOM Secretary General noted that there is little doubt that the search for sustained economic growth and development is also foremost among those areas listed.

The majority of member states, according to Ambassador LaRocque, have been grappling with things like low economic growth, high debt and others but dealing with these challenges will require a combative collective approach.

He said “the efforts to combat these challenges have been hampered by matters such as de-risking and the continuing damaging effects of climatic events”.

The revised Treaty of Chaguaramas outlines the requirements for establishing the CARICOM Single Market and Economy (CSME). 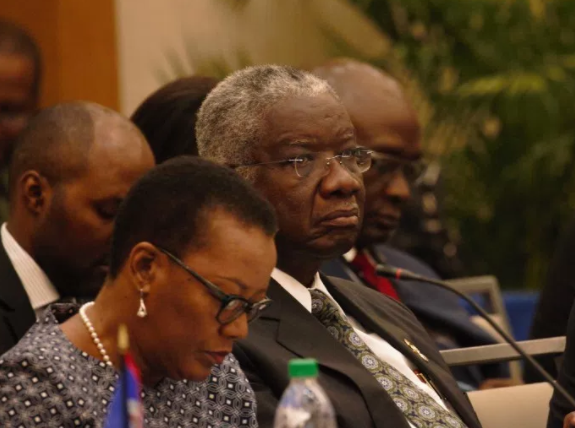 The community has recognized the CSME as the best way to promote the overall growth and development of the region according to the CARICOM Secretary General.

The Ambassador explained that considerable progress has been made in the implementation of the CSME since this can be seen in the legal and institutional measures and mechanisms to support the free movement of goods, services, people and cross-border establishment of businesses, he however added that there is still much to be done.

But he added that “with all that is before us, it is relevant and timely for the meeting to consider, the comprehensive review of the CSME as agreed last July”.

He added that a review of the CSME must not only be about what has been done or not done but also about the impact and measures of intent and expectations and how the short comings might be addressed.

The creation of a single ICT space for harmonized policies, legislation, regulations and technical standards to effectively address issues like lower roaming rates as well as spectrum and broadband matters was also highlighted.

A number of CARICOM Leaders are in Guyana for the two-day meeting which is being hosted at the Georgetown Marriott.