Mr. Ramjattan said on Monday that community policing in border areas can play a key role in government's frontline policing as efforts continue to tackle illegal entry of foreigners and ensuring a resolution of the border controversy between Guyana and Venezuela. As Community Policing in Guyana gears up for celebrations to mark its 42nd anniversary, Minister of Public Security Khemraj Ramjattan is making it clear that there may be a greater role for this level of policing in Guyana’s border regions.

Mr. Ramjattan said on Monday that community policing in border areas can play a key role in government’s frontline policing as efforts continue to tackle illegal entry of foreigners and ensuring a resolution of the border controversy between Guyana and Venezuela.

Minister Ramjattan said there have been calls for members of community policing groups to enhance this level of local security as he expressed confidence in the capacity of CPGs to carry out this function.

The anniversary will be observed between March 1st and April 21st with CPG members being recognized for the roles they played in the discovery of illegal aircraft and airstrips in Guyana’s hinterland regions.

Community Policing Groups are also being hailed for the work they have done in helping the police crackdown on several car jacking rings.

Administrator of CPGs, Snr. Superintendent (Ret’d), Dennis Pompey said CPGs led the way in cracking this particular case and also assisted the police in the arrest of several wanted persons who had set up havens in communities across the country. 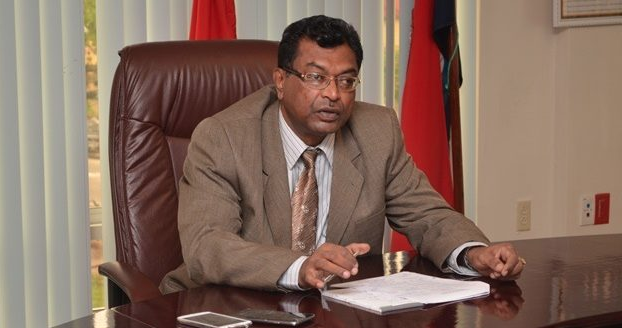 Security Minister Khemraj Ramjattan said he is satisfied witht he work of CPGs but believes far more can be done and urged that more residents become involved, especially in areas where crime rates are high.

He also addressed the need for Community Policing Officers and Policemen and women to develop better working relationships.

“Some policemen do not like scrutiny of policing groups and that is bad, especially if have you have nothing to hide. Police must be more accommodating of CPGs.”

Ramjattan said the Minister is doing what it can to address highhandedness of some CPG members and instances where persons might want to join community policing for their own nefarious activities and for leaking information to the criminal underworld.